Tourism and the Faroe Islands; the Catch-Up Game

The Faroes hosted an international travel convention at the weekend to boost much-needed tourism to the islands. 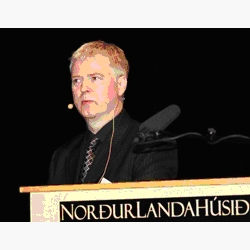 Torshavn, Faroe Islands, April 26, 2007 --(PR.com)-- Tourism in the Faroe Islands, a cluster of remote, rugged islands in the mid North Atlantic, is a low-key affair. But with the economy still too dependent on fishing, members of the Faroese travel trade are keen to push tourism as a new source of income for the islands. For this reason a convention was held in Torshavn at the weekend in a hope to persuade European and World tour operators of the benefits of tourism in the Faroes.

A hundred years ago there was a Faroese saying; “wool is the gold of the Faroes”, but the islanders now want this changed to "tourism is the gold of the Faroes". At the moment the fishing-based economy is in a vulnerable position, as shown in the 1990’s when a drop in the fish catch caused severe economic problems and high unemployment. The Faroese are eager for this to change and have seen the benefits that their northerly maritime neighbour, Iceland, has earned from tourism. There, the recent flood of tourists has injected new money into the economy and tourism has become one of the fastest growing sectors of income.

Now Iceland receives almost half a million visitors a year which means there’s a lot catching up to do for the Faroes. At the tourism conference, Olafur Kr. Olafsson, Internet Marketing Consultant at Nordic eMarketing, discussed the vital role that internet marketing could play in opening up the Faroe Islands as a tourist destination. “The Faroese travel industry needs to start thinking of the Internet as an integral part of their marketing strategies,” he said. “They are sitting on a gold mine – and it’s time they showed the world what they can offer”.

Nordic eMarketing is an Icelandic-based marketing consulting company which specialises in helping businesses of all sizes meet their marketing objectives and become more visible on the Internet. Buyers for around 40 travel companies came to the two-day event from Scandinavia, Britain, Europe, the US and Japan. Seminars were given by prominent members of the Faroese travel industry and an afternoon workshop gave attendees the opportunity to meet with Faroese exhibitors. Guests attended an elegant and entertaining gala dinner on the Saturday evening and on Sunday were treated to a sightseeing trip around the island of Vagar to see the Faroese countryside for themselves. Attendees afterwards praised the event’s organisers for making it such a smooth-running, enjoyable and successful convention.

For further information on tourism in the Faroe Islands see www.visit-faroeislands.com

For information on Nordic eMarketing and their work in helping Faroese businesses be found on the Internet, visit www.nordicemarketing.com