Ted Sundquist formally of the Denver Broncos has created the most explosive, entertaining NFL Draft Experience to give the fans the chance to "Draft Like The Pros!" 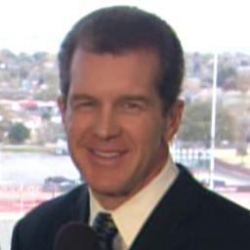 Huntsville, AL, February 13, 2013 --(PR.com)-- Ted Sundquist 2x Superbowl Winning NFL Front Office Executive and Co-Owner of Eye-Scout, LLC is excited about Eye-Draft. Ted created Eye-Draft to give the fans the opportunity to truly experience what it's like to be "On The Clock" as an NFL GM.

Eye-Draft puts your knowledge of college football talent and your understanding of pro football team needs to the test! Become the GM of your favorite NFL Team and compete against other fans, draft gurus, and amateur football scouts in the most realistic simulation of the NFL Draft.

This isn't your same old Fantasy Football routine or misguided NFL Mock Draft. This is the real deal.

The 2013 Eye-Draft will start a week before the NFL draft. You'll be put on the clock with the same rules, time constraints, and draft order used by the NFL. Your picks will be compared to your team's actual selections and you'll be ranked against your draft-mates.

Here's your chance to put your college football talent evaluation skills to the test and upgrade your team the exact same way General Managers do across the League. Pick by pick, round by round — Eye-Draft will change the way you look at Pro Football Management.