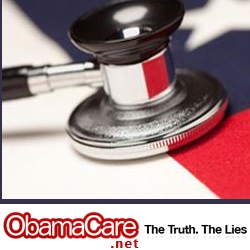 Los Angeles, CA, August 19, 2013 --(PR.com)-- Obamacare.net is a website that provides all of the information that people will need to ensure that they are prepared for the law when it fully kicks into effect. The website provides reliable insurance information for every state and is a veritable library of true information pertaining to the Patient Protection and Affordable Care Act, otherwise known as Obamacare. The website was specifically designed with the intention of providing the best information to United States citizens so that they are most optimally equipped to deal with the changes surrounding the new health care law.

As the law comes closer and closer to taking full effect, citizens have a great deal to gain from knowing the relevant facts and preparing themselves accordingly. They also have a responsibility to know the affects of Obamacare so that it can be intelligently debated in the public sphere. The truth is that this law has the potential to fundamentally reshape American society and healthcare.

The creator and owner of Obamacare.net states "The information provided at Obamacare.net should help Americans to find out what is true and what is false about the law. The unfortunate reality is that there is so much information on Obamacare and its effects that it can be very difficult to ascertain a clear picture of what is about to happen.

"Americans have a vested interest in knowing whether Obamacare will cause insurance rates to sky rocket in their state. Recent reports from Georgia Insurance Commissioner Ralph Hudgens indicate that Georgia’s insurance rates will spike over 198% as a result of Obamacare. Similar results could be seen all across the country, so citizens have a duty to prepare themselves so as to best be able to provide for themselves and their families. The national landscape is changing at a quick pace and being well informed is more important now then ever.

"The difficulties that have surrounded the implementation of Obamacare have not been fully explored by a substantial portion of the American media. Whether this is because they have a vested interest in the perpetuation of a specific agenda is uncertain. What is certain is that the people stand to benefit from getting the full spectrum of information and having the chance to evaluate whether it looks like Obamacare is working or not."

While Congress may have received a partial Obamacare waiver, the rest of the country’s citizens will be left to contend with the full effects and consequences of the law.

Obamacare.net stands as a resource that cuts through the half-truths and provides a compendium of resources that paint an accurate picture of the law and what it means for the American people. Recent studies by the National Bureau of Economic Research indicate that Obamacare could cause one million people from being employed to being on welfare. Put simply, the law has the potential to drastically affect American economics and society.

Obamacare.net lays out the pros and cons of the law in simple terms. The website cuts through obfuscation and distraction that is present in much of the mainstream media. A clear delineation of the laws problems, tax effects, and the resultant changes to the healthcare system can be found through the site’s portals. Obamacare.net also lays out what the law means for employment prospects by state and on a national basis. Obamacare.net delivers the information that citizens need to adapt.

Obamacare.net has also partnered with FreeObamacareGuide.com to distribute their nonpartisan Free ObamaCare Guide. It's a 25 page guide that provides a basic understanding of what Americans, regardless of their age need to know in order to obtain answers about ObamaCare. Unlike the companies who are producing, printing and shipping 200 page $20 and $30 books which have outdated and sometimes completely inaccurate information by the time they hit the shelves, the Free Obamacare Guide is a "living document", one that will be updated continuously moving forward and that provides those who sign up with updates about any changes, particularly with regards to Obamacare in their home state. This Free Guide is and always will continue to be 100% free for all Americans.