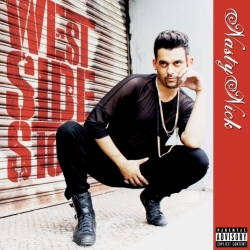 Jersey City, NJ, September 09, 2013 --(PR.com)-- Rapper Nasty Nick is set to release his sophomore album, West Side Story, September 10, 2013. This project is the highly anticipated follow up to his critically acclaimed first album, Lost in the Shuffle, which took the east coast club scene by storm in 2012. Darilyn La Fontaine will host a party to celebrate the release of West Side Story on September 15, 2013 at Le Boy 104 Dyckman St, NYC 10040. The event starts at 6:00 pm with a live performance by Nasty Nick at 9:00 pm. Admission is free.

Nasty Nick has been busy since finishing West Side Story. He has completed and released the video for his first single off the new CD, "Love Me." This song will strike a deep chord within listeners. Mo Stafford expertly captured the raw emotion of this song in this video.

Another video for Nasty’s second single “Always on the Run” has just finished production. It features talented rapper, Anna Monroe, who brings her talent, style, and beauty to every project. Expect this video to drop sometime in late September, early October.

Music by Nasty Nick is available on all digital media retailers for purchase. Videos can be found on Nasty Nick Tv via Youtube. Visit www.nastynick.net for more information.