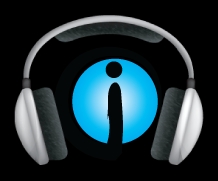 “We could not be more excited about airing Fusion Power Hour,” said network CEO Brian Snow. “We are predominantly a sports talk and play calling network so a show of this type will continue our dedication to bringing our listeners new and exciting programming.”

The two hosts have a vast background in health and wellness. Matt Ryncarz is the founder of Fusion IONZ, which is the only clinically proven negative ion bracelet in existence. He is also a crossfitter, powerlifter, coach, nutrition expert, author and TV health personality. He became all of this after discovering health and wellness and losing nearly 100 pounds.

Donald Barrett has been working the in health industry for almost 20 years. He founded and built the leading health infomercial production company in the US, boasting hundreds of millions of dollars in product sales. He has personally conducted hundreds of on air interviews with leading health authorities. His company was responsible for some of the most successful health product launches including Sea Veg, Coral Calcium, Dead Sea Minerals and Kevin Trudeau’s line of health books amongst others.

Fusion Power Hour has already created a stir of excitement as they have announced their premier broadcast dealing with the Velvet Deer Antler controversy in sports. The show will feature world record holder and powerlifter Colin Evans as their guest.
Contact
Arena Sports Network
Brian Snow
312-451-4041
thearenasportsnetwork.com