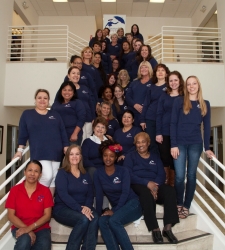 These 100 Super Nannies will spread a spoonful of sugar while attending the screening with the sensational actress, Victoria Summer, who plays the role of the iconic Julie Andrews in the film opposite Tom Hanks and Emma Thompson. “Saving Mr. Banks” tells the true story about author P. L. Travers reflecting on her difficult childhood while meeting with filmmaker Walt Disney during production for the adaptation of her novel, Mary Poppins.

Julie Andrews is the ultimate nanny in the film “Mary Poppins” and the glorious governess in “The Sound of Music.” When actress Victoria Summer arrived in Los Angeles in 2012 she had two suitcases with all her belongings inside, was determined to work hard, focus and pursue her dream of becoming an actress. Victoria worked as a nanny and a personal trainer while launching her career as an actress, singer and dancer. 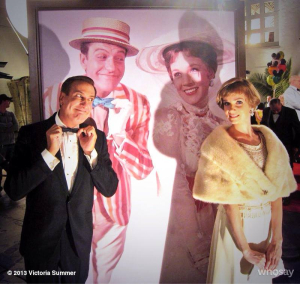 The making of Mary Poppins is intriguing to many people - especially nannies. Nannies & Housekeepers USA invited 100 of their Top nannies to a screening with the actress who plays Julie Andrews in Saving Mr Banks in Las Vegas on Tuesday, December 10 at 7 pm in Town Square. 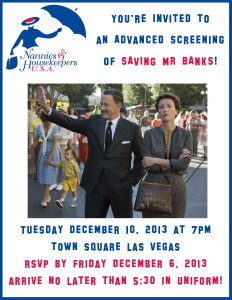