Saks Fifth Avenue Tysons Galleria teams up with Tigerlily Foundation for the 2014 Key To The Cure Charity Shopping Weekend. 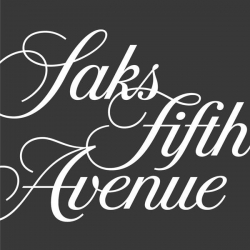 Now in its 16th year, Key To The Cure has taken a new approach, offering a unisex tee for the first time. The shirt will retail for $35 at Saks Fifth Avenue stores and online at saks.com and saksoff5th.com. 100% of the proceeds from each shirt sold will be donated to Tigerlily Foundation, benefiting charitable programs dedicated to finding new detection methods, better treatments and eventual cures for women's cancers. The tee debuts at Saks Fifth Avenue on October 1.

Will Ferrell, Ana Gasteyer, Vanessa Bayer, Cecily Strong and Colin Jost will appear in a national public service announcement (PSA) wearing the rag & bone limited-edition tee. The Key To The Cure PSA will appear in major fashion and lifestyle magazines in September and October.

Saks Fifth Avenue is proud to be named a J.D. Power and Associates 2012 Customer Service Champion and is only one of 50 U.S. companies so named.