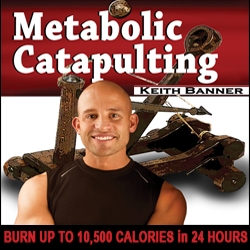 Denver, CO, January 08, 2015 --(PR.com)-- Keith Banner, a former Olympic Festival Gold Medalist turned Fitness Pro has developed Metabolic Catapulting, a step-by-step workout program that helps people burn up to 10,500 calories a day like a pro athlete, and get in shape fast. His book provides the exact method and specific exercises, timing, repetitions and diet recommendations based on body type, as well as videos and charts to customize one's workout so that they can achieve a level of fitness previously Undreamed of by other than elite athletes. It is now available for download on his website, www.metabolic-catapulting.com

Keith originally developed Metabolic Catapulting while working to retrain his body after being hit by a car as he was cycling in Garden of the Gods - a tragic accident that put him in the hospital for weeks with multiple injuries, and ruined his career as an Olympic Athlete forever. After he regained the ability to walk, he chose to dedicate his life to helping others get fit and became a certified pro fitness trainer. While helping dozens of clients reshape their bodies and change their own lives, he decided to make his pro athlete workout available to everyone by putting the information into a book and offering it online. Ryan, a client and former U.S. Air Force Para Rescue Member said this about Metabolic Catapulting: “I never imagined that I would be in my early 40's achieving levels of strength and fitness that were supposed to be reached at an earlier age and never to be sustained again. If I would phrase this exercise program it would be deemed the 'age reversal exercise program.' I only wish I had been introduced to this years ago.” Keith was recently featured on Denver's 9 News. His current record is over 12,000 calories burned in 24 hrs. 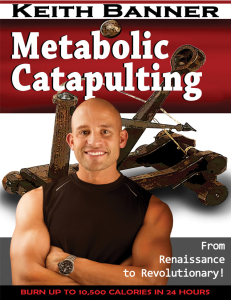 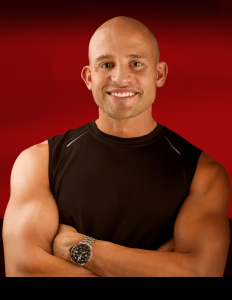 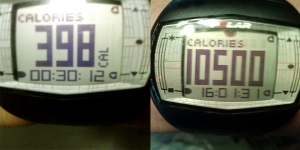