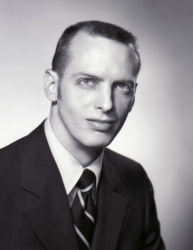 Baltimore, MD, August 26, 2015 --(PR.com)-- J. Laurance Hill, MD, FACS of Baltimore, Maryland has been included in the Strathmore’s Who’s Who Worldwide Edition for his outstanding contributions and achievements in the fields of healthcare and education.

About J. Laurance Hill, MD, FACS
Dr. Hill has almost 55 years experience in the healthcare field. He is semi-retired as an Emeritus Professor of Surgery at the University of Maryland and The Johns Hopkins University which provide higher education, research and patient care. He specializes in pediatric surgery, cardio-thoracic surgery, transplantation and general surgery. Dr. Hill has written over 100 articles, surgical textbooks and laboratory and clinical research. He is affiliated with the American Pediatric Surgical Association, the American College of Surgeons, the American Surgical Association, the American Academy of Pediatrics and the Society of University Surgeons. His accomplishments include leading a 24 member team that separated conjoined twins successfully in 1986. Dr. Hill states that an immense influence to his life occurred when he heeded the call for help in Vietnam and enlisted and served as a Captain and Commander of a surgical unit in 1966 -1968, first supporting the Army forces at Long Binh and then up north with the US Marines whose airstrips on the beaches were being demolished and the troops massacred near Danang, the Ho Chi Minh Trail and the DMZ.

Dr. Hill obtained a B.A. from Ohio Wesleyan University in 1957 and a M.D. from Ohio State University School of Medicine in 1961. In his spare time he enjoys mountain climbing and music.