Branding and communications agency M studio is awarded the contract for web development and digital marketing for Simple Shoes. 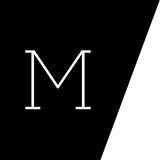 Asbury Park, NJ, August 18, 2015 --(PR.com)-- Branding and communications agency M studio today announced it was awarded the contract for web development and digital marketing for Simple Shoes. The brand, which grew from a small Santa Barbara-based sneaker company in the early 90s, gained a cult following over the ensuing decade that craved the company’s anti-logo culture and less-is-more mission.

M studio, working closely with trademark and intellectual properties owner Denis Ryan of ICB International and sales partner and licensee Harbor Footwear, will re-introduce Simple Shoes with the brand’s fall 2015 men’s line. The agency will handle the creative direction and development of Simple Shoes’ new e-commerce site as well as all digital marketing on the company’s behalf.

“Relaunching a brand that is coveted worldwide is a project our team can’t wait to dig into,” commented Jenna Zilincar, owner and creative director of M studio. “As consumers of the brand in its first iteration, our agency looks forward to working with the Simple team to shape the brand’s identity among loyalists and a new generation of Simple Shoe devotees alike.”

The announcement comes on the heels of M studio's successful execution of Simple Shoes’ recently completed Kickstarter campaign, which exceeded its funding goal by nearly 500 percent. Now, Simple will look to the creative agency to re-establish the brand with long-time enthusiasts as well as new consumers, and cultivate the strong connection it developed with consumers in the early 1990s.

As part of its contract, M studio will manage and oversee website and e-commerce design and development, as well as branded content creation including social media and e-marketing campaigns. After securing coverage for the brand in GQ, Complex Magazine and Footwear News, M studio anticipates ongoing interest from media and consumers as Simple makes its return to market with an initial men's line in fall and winter of 2015.