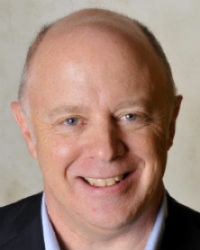 Valpy, Top Dog at Pets Plus Us, helps to reinforce NAPHIA’s international scope as the pet health insurance industry faces similar challenges across both Canada and the U.S.

Valpy’s first act as incoming President was to thank his predecessor, Dennis Rushovich of the Hartville Insurance Group, whose legacy included leading a regulatory initiative in California that resulted in the passing of AB 2056 (Dababneh), signed into law by Governor Brown on October 1, 2014. The law sets precedence in the US and supports NAPHIA’s aim to make pet health insurance transparent to consumers.

According to Kristen Lynch, Executive Director of NAPHIA, “Randy Valpy has built a strong reputation for himself in the animal welfare sector. He has been a strong advocate for pet insurance as a means of affording better veterinary care for all pets. These efforts are in addition to his role as a founding member of NAPHIA itself.”

According to NAPHIA’s State of the Industry Report released in May of this year, the pet insurance market in North America is healthy, with Gross Written Premium (GWP) at an annual growth rate of approximately 14.5% between 2012 – 2014.

“I’m very excited to lead NAPHIA,” says Valpy. “We have 100% industry participation in our association and this means that over the next several years we’ll be well-positioned to work together to address some of the huge opportunities for our industry.”

For more information or to arrange an interview, contact: communications@naphia.org toll-free: 1-877-962-7442