The Society aims to help nurture the next generation of voice interface conversational technology professionals and entrepreneurs. 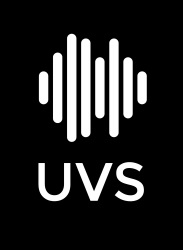 McLean, VA, April 13, 2016 --(PR.com)-- The Ubiquitous Voice Society, a McLean, Virginia based non-profit organization with the mission of nurturing the next generation of voice user experience researchers, designers, product managers, marketers, and entrepreneurs, today announced its launch with 9 chapters nationally and internationally. In addition to its DC-Metro, McLean based headquarter chapter, the Ubiquitous Voice Society is launching with chapters in Boston, New York, Cleveland, and San Jose, and four international chapters in Toronto, Canada, Paris, France, Berlin, Germany, and Algiers, Algeria.

“Voice is clearly the next iteration in the evolution of digital user interfaces,” said Dr. Ahmed Bouzid, co-founder and President of the Society. “The touch, tap and swipe User Interface (UI) has served us well since the emergence of the iPhone in 2007, and will continue to serve us well, but a whole world of use cases is emerging where the visual touch UI just can’t keep up with what we humans want to do and how we want to do it. The drive now is for interactions that are minimally disruptive and, ideally, invisible: the interfaces let you do what you want to do with little disruptive effort and then they get out of your way.”

Citing the surprising success of the Amazon Echo, Dr. Bouzid, a former Amazon executive who had previously launched and headed the Connected Home (CoHo) product initiative for the Amazon Alexa team, adds: “There is no way you will consume your music at home the old way of looking up a song, or controlling the volume, or pausing the music, the current way of tapping and swiping after you have done it a few times by simple voice with the Amazon Echo. It’s almost like going back to your manual carbon ribbon typewriter once you have used a word processor. It’s clearly a superior and liberating experience, and patently the next level of usability.”

The challenge that Dr. Bouzid sees, however, is one of dearth in research and design expertise, compounded by one of a scarcity in young entrepreneurs who are excited about, and who intuitively grasp the emerging massive possibilities for pursuing ventures in the voice and conversational technology space.

“There is no doubt that interest in conversational technologies is heightening,” said Lisa Falkson, UVS San Jose Chapter Head. “Technologies and platforms are quickly emerging to enable the next generation of products. The challenge, however, is the shortage of talent. At UVS, we want to help accelerate the rate of value delivering innovation by promoting a more focused and organized push to find and nurture the needed talent.”

To deliver on that mission, Dr. Bouzid and the chapter heads of the newly launched UVS, will initially focus on organizing meetups to build up excitement and energy around the mission of delivering on the promise of voice. The initial meetings will feature professionals in the space who will provide overviews of the field and showcase real products and platforms that are available in the market today. The groups will especially actively seek out students and young professionals who are interested in starting a career or a venture in the field of Ubiquitous Voice.