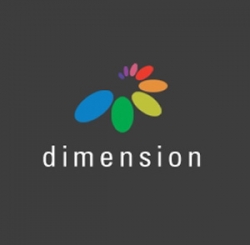 Las Vegas, NV, September 07, 2016 --(PR.com)-- On August 30, 2016 Dimension, Inc. was granted U.S. Patent 9,432,616, “Systems and Methods for Up-scaling Video,” by Hurd et al. It is the third patent in the series of the upscaling family. Dr. Hurd states, “The new claims go to the techniques used to help mitigate artifacts caused by the base algorithm. Taken as a whole, the techniques covered include some of the most important work in making the algorithm a success.”

Lawrence F. Panik, Dimension’s CEO, said, “The issuance of this patent, along with the two other upscaling patents we have been granted in the past few years, adds value and depth to the development work Dimension has done in the area of upscaling. Upscaling is the driving force of video technology in the 4K TV's that are hitting the market at an affordable price. The technology from all three of these patents will be used in conjunction with a new algorithm that will be introduced shortly in our “Hybrid Fractal Scaler™” This will increase both quality and speed to the existing upscaler and put it ahead of the current versions in the marketplace. This is another exciting use of our innovations which will bring decades-old archived material into the 21st century and will showcase our technology, which can be used with both a cloud platform and in-house, depending on the needs of the user.”

Dimension's fractal-based technology surpasses the competition in high-quality upscaling comparisons. Whether you are working with internet video, mobile devices, broadcast television, video media, or even digital cinema - Dimension's technology always gives you the highest quality at the lowest bitrate. Standard Definition, High Definition, 4k, 8k, etc. - It does it all.

Dimension, Inc. is a technology licensing company with products based on our patents in video compression and upscaling.

On behalf of The Board of Dimension, Inc.: