American Jewish University (AJU) is pleased to announce Mrs. Virginia A. Maas has been appointed Chairperson of the AJU Board of Trustees. Mrs. Maas is well-known and valued leader in the wider Los Angeles Jewish community, serving on numerous nonprofit organizations in a variety of capacities. 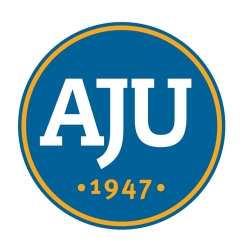 Los Angeles, CA, November 07, 2016 --(PR.com)-- American Jewish University (AJU) is pleased to announce Mrs. Virginia A. Maas has been appointed Chairperson of the AJU Board of Trustees.

“Virginia brings to the position of AJU board chair more than 40 years of leadership experience both within the Jewish community and beyond,” said AJU President, Dr. Robert Wexler. “We could not ask for a better leader for our board of directors as AJU celebrates its 70th anniversary.”

Virginia A. Maas holds both a Bachelors and Master’s degree in English Literature from UCLA. She is married to Francis S. Maas and they enjoy their children (Monique & Bradley Gibbons and Michael & Theresa Maas) as well as their two grandchildren Barry and Emilie. Active members of Hillcrest Country Club since 2008, Mrs. Maas has served as Chair, Women’s Golf Auxiliary Board, Co-Captain, Hillcrest Women’s Golf Team, and Tournament Chair, Women’s Golf Auxiliary Board.

Regarding her AJU appointment, Mrs. Maas said, “I am so pleased to be appointed Chair of the AJU Board of Trustees. AJU’s focus on scholarship, culture, ethics, leadership, and peoplehood are very much in line with my own personal values which have inspired my work in our community for over four decades. As a longtime member of the AJU board, I look forward to continuing to serve the university community in this new leadership capacity as we move forward one of the largest and most innovative Jewish institutions in the country.”