The Chauncey F. Lufkin III Foundation Was Proud to Attend The Joe Torre Safe at Home Foundation Gala on November 10, 2016 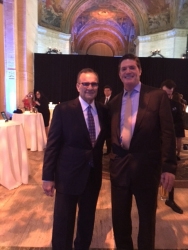 The event honored the Commissioner of Major League Baseball, Robert Manfred, Jr. and celebrated the 20th Anniversary of the 1996 World Champion New York Yankees, many of who were in attendance as well.

The evening’s program began with remarks by Co-Founders Joe and Ali Torre, followed by Yolanda Jimenez, the organization’s Executive Director, and four young speakers who have been involved in the program first hand.

"The Joe Torre Safe at Home Foundation has long been on our radar of organizations that we would like to support further. I would personally like to thank Joe and Ali Torre for being such gracious hosts to us at last night's gala, we appreciate all of the great work that the organization is doing to help kids who are exposed to domestic violence in the home. They can definitely count on The Chauncey F. Lufkin III Foundation to be a donor in 2017," said Chauncey Lufkin, Founder of the Chauncey F. Lufkin III Foundation.

“This was our Foundation’s first time attending a Safe at Home event and we want to express our heartfelt thanks to Joe and Ali Torre, Yolanda Jimenez and a to the organization’s Vice President of Development, Alan Kornblum for welcoming us,” said Cara Familet, Foundation Director of the Chauncey F. Lufkin III Foundation.

The evening concluded with Mr. Torre engaging a panel of several members of the 1996 World Champion New York Yankees team, who graciously remained for the after party, as well.

The Chauncey F, Lufkin III Foundation was the winning bid for several Silent Auction items, including an autographed Yankees jersey of Mariano Rivera and an autographed Multi-Exposure Photo of Derek Jeter.

About The Joe Torre Safe at Home Foundation:
The Joe Torre Safe at Home Foundation has reached almost 60,000 children who have benefited from “Margaret’s Place,” a program which offers in-school programming locally and nationally to children who live in fear and have witnessed violence in their homes, schools and communities. The Margaret’s Place Room is a dedicated safe room in schools where students can go to talk or “hang out” in a comfortable environment that feels safe to them – a place where respect and confidentiality are the rule.

About the Chauncey F. Lufkin III Foundation:
The Chauncey F. Lufkin III Foundation is a charitable organization founded in 2006 dedicated to improving the quality of life for individuals around the world. Our foundation’s focus is on fighting poverty through better education and by finding faster cures for the diseases that affect loved ones. Our strategy is to comb the globe for private independent foundations effectively working on these issues, supporting them with financial injections that make a difference. To date the Foundation has lent their support to numerous organizations including The Robin Hood Foundation, The Milken Institute, The Boys and Girls Club of Palm Beach County, Quantum House of Palm Beach County, St. Jude Children's Research Hospital, The Aspen Institute, and BizWorld. Mr. Lufkin has also established The Chauncey Lufkin Endowment for Academic Excellence at Southern Methodist University and is a major contributor to St. Lawrence University. www.cfl3.org 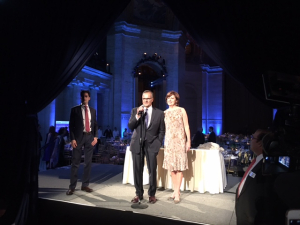 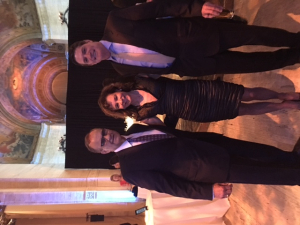 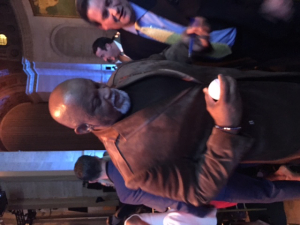 Pictured here: Ricardo “Ricky” Bones, autographing a baseball for one of the children in attendance.