Disney’s Alice in Wonderland Jr. Playing at Wolf Performance Hall in London (ON) on April 6th and 7th, 2017 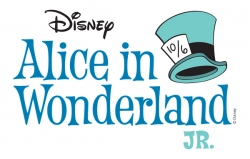 London, Canada, March 24, 2017 --(PR.com)-- Travel down the rabbit hole with Alice and join her in madcap adventures with some of Disney’s most beloved characters. The Little Theatre Company is proud to present: Disney’s Alice in Wonderland Jr. Playing at Wolf Performance Hall on April 6th and 7th, 2017. The script is based on the 1951 film “Alice in Wonderland” and the novels “The Adventures of Alice in Wonderland” and “Through the Looking Glass” by Lewis Carroll. Little Theatre Company is a children’s pre-professional musical theatre company based out of London, ON and has a cast comprised of 36 signers, dancers and actors, all local children ages 6 to 15, led by artistic director, Jennifer Hiltz, and musical director, Allison Hillis.

“Fun for the whole family! The heart warming score, script and lovable characters will have audiences signing and dancing in their seats.” - Jennifer Hiltz, Artistic Director

Performances of Disney’s Alice in Wonderland Jr. are open to the public and school groups. Tickets are $15 and can be purchased through OnStage Direct at: OnStageDirect.com. Group discounts available.

About Alice in Wonderland Jr.: The ever-curious Alice’s journey begins innocently enough as she chases the White Rabbit. Her adventures become increasingly more strange as she races the Dodo Bird, gets tied up with Tweedle Dee and Tweedle Dum, raps with a bubble-blowing Caterpillar and beats the Queen of Hearts at her own game! Featuring updated songs from Disney’s thrilling animated motion picture, Disney’s Alice in Wonderland JR. is a fast-paced take on the classic tale.

The Little Theatre Company is a fully integrated children’s musical theatre company that celebrates youth through the arts of dance, drama, and music. LTC members are all middle school aged children, ages 6 through 15. The company is based in London, Ontario and is affiliated with Belle Pointe Dance & Movement Company. Under the direction and leadership of Jennifer Hiltz and Allison Hillis, the members are getting their training from industry professionals.

Disney Theatrical Group (DTG) operates under the direction of Thomas Schumacher and is among the world’s most successful commercial theatre enterprises. Through Disney Theatrical Productions, Disney on Ice and Disney Live!, DTG brings live entertainment events to a global annual audience of more than 19 million people in more than 50 countries. Under the Disney Theatrical Productions banner, the group produces and licenses Broadway musicals and plays around the world, including Beauty and the Beast, The Lion King, Elton John & Tim Rice’s Aida, TARZAN®, Mary Poppins, a co-production by Disney and Cameron Mackintosh and The Little Mermaid. Other successful stage musical ventures have included King David in concert, the national tour of On The Record, several touring versions of Disney’s High School Musical, Der Glöckner Von Notre Dame in Berlin, the critically-hailed Off-Broadway and Broadway productions of Peter and the Starcatcher (Winner of 5 Tony Awards®) and, most recently, premiere stage adaptations of the films Aladdin at 5th Avenue Theatre and Newsies (Winner of 2 Tony Awards®).

Disney Theatrical Group also delivers live shows globally through its license to Feld Entertainment, producer of Disney on Ice and Disney Live! For over 30 years, Disney on Ice and Disney Live! have brought beloved Disney stories and characters annually to over 12 million guests in nearly 50 countries worldwide through productions such as Toy Story 3, Dare to Dream, Treasure Trove, Mickey’s Rockin’ Road Show and Phineas and Ferb: The Best LIVE Tour Ever! In addition, DTG licenses musical titles for local, school and community theatre productions through Music Theatre International.

Music Theatre International (MTI) www.mtishows.com, is one of the world's leading dramatic licensing agencies, granting schools as well as amateur and professional theatres from around the world the rights to perform the largest selection of great musicals from Broadway and beyond. MTI works directly with the composers, lyricists and book writers of these shows to provide official scripts, musical materials and dynamic theatrical resources to over 60,000 theatrical organizations in the US and in over 60 countries worldwide.

MTI ShowSpace.com is the theatre world's online community where practitioners and fans from around the world share advice, photos, videos, sets, props, costumes and more, to help bring their next productions to life.