Albert C. Koetsier Recognized as an Industry Leader by Strathmore's Who's Who Worldwide Publication 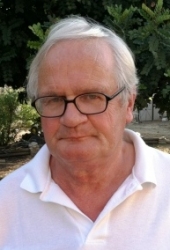 Lake Elsinore, CA, May 19, 2017 --(PR.com)-- Albert C. Koetsier of Lake Elsinore, California has been recognized as an Industry Leader for 2017 by Strathmore’s Who’s Who Worldwide for his outstanding contributions and achievements in the field of art.

About Albert C. Koetsier
Mr. Koetsier has 65 years experience in the art field. He is a self-employed Artist who established his company, Beyond Light. He is responsible for creating art using x-ray photography which he showcases from his home and is viewed nationally. He also teaches adult education classes in the arts and technology at the University of California at the Riverside and San Marcos campuses.

Born in the Netherlands, Mr. Koetsier obtained a M.S. in Electrical Engineering from Netherlands’ Primary Technical University at Hilversum. He also obtained a degree in X-ray Engineering from Philips Medical Systems, where he also previously served as an X-ray Specialist. He served two years as an Officer in the military and later established Beyond Light.

Mr. Koetsier became fascinated with the concept of photography at the age of eight. Shortly thereafter, he built his first "homemade camera" with an old matchbox and a pair of magnifying glasses, one on the side facing out and another attached on the inside. While in the military in the town of Roentgen, he discovered photographs of everyday objects created with x-rays and decided he would create this art form. After moving to California in 1979, Mr. Koetsier devoted his time to photography. In the early 1980's, he purchased an x-ray machine and in 1991 he first developed an x-ray and considered the resulting image art-worthy. He perfected his craft and established Beyond Light. Mr. Koetsier spent many years traveling to showcase his work at art shows.