Introducing Review This App, a new website dedicated to providing unbiased user based reviews for mobile games and apps. Providing great content to their audience is their goal. Review This App doesn't have any affiliates or sponsors for any products they review, thus, giving them an unbiased, honest opinion based on their personal use of the products and apps they write about. 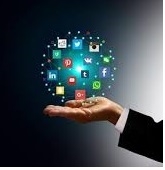 Review This App (hereinafter referred to as RTA) is formally introducing a new internet based, journalism site to the general public. RTA has been in business for a couple of months building relationships with developers and adding great content for its readers. RTA is now open. RTA has chosen not to be sponsored or affiliated with any products they review which guarantees their readers an unbiased and accurate review based on RTA’s actual experience with the apps and mobile games.

RTA’s team is downloading and researching dozens of apps each day and even many times receiving pre-released versions allowing them to be first to the “newsstand” with their opinions. RTA strives to find cool, new technology, and unique games which will have an impact in your daily life. Most apps never make it to RTA which is why if they feature an article about two-way radio apps, you will be guaranteed the app is truly what RTA believes is the best and most practical within the offerings of the mobile gaming and app world.

RTA Announces Michael Humes as Chief Editor
Michael Humes has been announced The Chief Editor at Review This App. Michael and his team of collaborators grew up appreciating technology and gaming. It started for Michael with his first 8-bit Nintendo (still his favorite console) and continued with the advent of bigger and better gaming consoles and then of course, the smartphone. Michael remembers wasting hours in the first chat rooms and then discovering email back when AOL was the boom. It got so bad, such that Michael’s parents couldn’t receive phone calls during the days of dial-up modems while he searched the internet for anything new. Michael says he thinks he might have actually have found the end of the internet in the early 1990’s. Furthermore, instant messaging blew Michael’s mind at the time...such quick communication without picking up the phone seemed unbelievable in the late 1990’s. Michael became obsessed with new technology as the internet evolved from a one directional information source to the mega two-way information highway and the social beast it is today. Michael found his passion when the smartphone ignited the app boom. Michael was always exploring new apps, some good and some bad. You might say he has too much time on his hands, but in the era when people are often staring at smartphones (not while driving, of course), apps are the reason why. Apps are the wave of the future, and they will become more intelligent than one can fathom.

RTA encourages reader feedback and reader requested app reviews. The requests can be a specific app or a category like best apps for contractors, for example. If there is a specific app a reader enjoys and is just curious if there is a related app which might be better or have more functionality, shoot RTA an email or comment, and it will be tackled. Even if RTA chooses not to publish an article with respect to an inquiry, expect a response with a personal opinion and recommendation.
Contact
Review This App
Michael Humes
314-666-9354
reviewthisapp.com