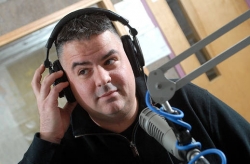 Skywalker, the host of an afternoon drive show of K104.7 will be completing his 2 successful decades with the popular radio station. He also teaches radio to aspiring air talents and offers broadcasting solutions under his own brand Sky Sky Media.

Place, Date: Great news for K104.7 listeners and Skywalker fans. The long-time afternoon drive personality will be celebrating his long 20 years of successful stint at Hudson Valley’s #1 radio station in May. Fondly dubbed as “Sky,” the much-loved air-star today commands a huge line-up of loyal followers and a grand listenership of over 7.2 million in 8 markets.

Skywalker started his journey with K104.7 back in 1998 as a part-time broadcasting staff member. In 2000, he was roped in by the esteemed radio station for a full time show and the rest, as they say, is history. Today, he is the key reason behind the massive popularity of K104.7's afternoon drive show and one of the main contributors behind the heightened success of the radio station. K104.7 is locally owned and operated by Pamal Broadcasting in Albany, NY.

"I consider myself very lucky to have the relationship I do with our K104.7 listeners and advertisers. I have made the Hudson Valley my home for the last 20 years and love my job. I consider it a privilege to keep our listeners entertained on their ride home,” said Sky while talking about his fond relation with K104.7 and his listeners.

A native of Long Island, Sky was destined for the world of broadcasting since his childhood. As a kid, he used to listen to radio for hours and craved for his turn to be that voice on the other side of the waves. He started his stint with radio as a weekend DJ for a local radio station with his college internship and soon after he reached New York with the dreams to be one of the biggest radio stars of the country.

Leading radio personality PD Scotty Mac was Sky’s mentor, and under his great tutelage, Sky developed himself into a programmer and air talent of an epic scale. Though he has worked for a number of radio stations and broadcasted several shows, his highest achievement is surely the afternoon drive show with K104.7. Today he is synonymous with the show and commands a consistent #1 position in the slot.

Skywalker’s interactive broadcast streams contemporary hit music, insights on pop culture and entertainment space and extends traffic updates for daily commuters on their way to home. The show also holds amazing games and contests with cool prizes for the winners.

A much revered and loved veteran on the air space, Skywalker also dons the hat of a teacher and presently teaches Radio & Television Production at Orange County Community College. 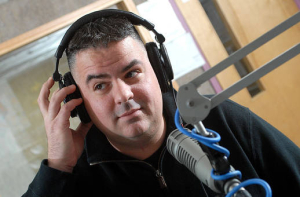