Kids are really rocking live onstage in local production of School of Rock. 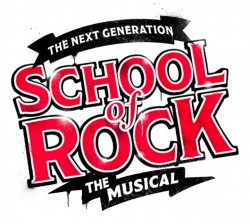 Pewaukee, WI, July 16, 2018 --(PR.com)-- What do you get when you combine a well-executed theatrical production with a loud, flashy rock concert? That would be Sudbrink Performance Academy's latest production: School of Rock.

In this musical, based on the movie starring Jack Black, five of the characters actually play rock instruments live onstage. No faking is allowed in this show, score written by the legendary Andrew Lloyd Webber.

The directing team first felt inspired to produce School of Rock after seeing it on a group trip to see the show on Broadway. "It really made an impact for me," said the show's director, Jacob Sudbrink. "I didn't expect to love the show, but I walked away from it with a new favorite show."

"We have not seen anything like this before," the show's choreographer, Jes Sudbrink explained, "a show where the actors are an onstage band - and are kids!"

"The biggest challenge we faced in casting this musical was finding actors who had the musical ability to play some of these roles. We are used to working with actors, singers, dancers - but most are not also rockstar-level instrumentalists."

Leading up the onstage band are Dewey (Thomas Madrzak), Zack (Cian Radcliffe), Freddy (Zander Tomes), Katie (Ivy Broder), and Lawrence (Ryan Vanselow). Onstage along side them are another 42 actors, singers, and dancers rounding out the rest of the cast.

Sudbrink Academy has an active IG where you can find some sneak previews of what you will see.

For opening weekend, Sudbrink Academy is encouraging some friendly audience participation - that doesn't require you to go onstage. Wear your favorite band t-shirt to the show, and get entered to win a surprise item. What shirt will you wear?

Get tickets before they're gone at sudbrinkacademy.com.

Sudbrink Performance Academy's production of School of Rock will be performed at Pewaukee High School's theatre: