Canadian Federation For Citizenship aspires to be a prominent voice on active, responsible and inclusive citizenship. 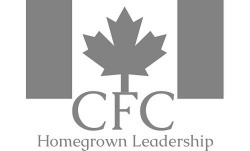 Co-founders Jenny Gulamani-Abdulla and Ghalib Abdulla established CFC during Canada’s Sesquicentennial, 150th Anniversary of Confederation, to celebrate being Canadian and to create a sense of belonging so that all residents of Canada are embraced, included and respected to participate in Canada’s progress.

“Our families came to Canada in the 70s. I was only eight years old,” said Ghalib Abdulla, Co-founder of CFC. “My dad entered Canada as a professional, a Chartered Accountant, schooled and worked in the United Kingdom. We don’t hear about the 90% of immigrants who enter Canada as economic migrants. The media is always focused on the less than 10% who enter as refugees, the irregular or undocumented arrivals.”

Co-founder of CFC, Jenny Gulamani-Abdulla is a member of the International Bar Association and has been practicing Immigration in Canada for almost 25 years. “Canada has been bringing in a million immigrants every four years. That has now changed to every three years. No matter which way you look at it, we rely heavily on immigration but a regular, every day, Canadian does not know how most immigrants are selected and this lack of education and awareness is what creates panic and fear of the unknown.”

CFC's mission, to promote citizenship, is steered by the principles that Citizenship is a notable relationship that binds all Canadians and that it requires one to be accountable for others. This non-partisan, non-sectarian and non-profit organization will aim to engage Canadian citizens to develop homegrown leadership through active citizenship.
Contact
Canadian Federation For Citizenship
Jenny Gulamani-Abdulla
403-226-1999
www.cfc-fcc.com