ARIDO, a closely guarded secret, is the world's most exclusive fine art jewelry created with the highest quality gems. 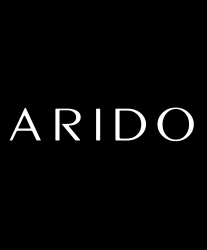 London, United Kingdom, December 12, 2018 --(PR.com)-- Founded by a scion of the Raphael family jewelers dating back to the 11th century with Mr. Chappell a world class designer with a background in fashion, art, and history.

Descending from a very large family, the Moussaieffs, with many members.

They include Shlomo Moussaieff of London, who is a jewelry dealer, his daughter Dorrit Moussaieff who is married to the President of Iceland, Jeffrey Moussaieff Masson, famous author, the grandson of Henri Moussiaeff.

And Jesse Raphael, world-renowned precious stone specialist, is another great grandson of the family patriarch.

ARIDO, like the Moussaieffs and Lawrence Graff, are known to pay top prices for rare gems.

The Golden Globe Awards are accolades bestowed by the 93 members of the Hollywood Foreign Press Association.

It began January 1944 by recognizing excellence in film and television both domestic and foreign.

www.nbclosangeles.com/multimedia/Inside-the-Golden-Globes-Swag_Los-Angeles-468032963.html
Among ARIDO's celebrity clientele is Mrs. Pinault with her power marriage to Billionaire Francois-Henri Pinault, the CEO of luxury conglomerate Kering group, which owns Gucci and Christie’s auction house, which most recently announced that Gucci is launching their own fine jewelry line.