Sarah Abdulaziz, First Woman in the History of Saudi Arabia to Present a TV Talent Show 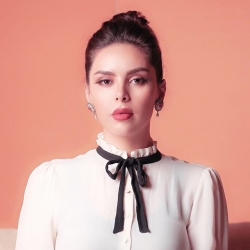 This year in 2018 she has made history being the first woman to present a Singer Talent show in the Kingdom of Saudi Arabia, Saudi Star: http://www.shashatcom.sa

The feeling that the Kingdom of Saudi Arabia is changing is being seen through new regulations, such as allowing women to drive, opening cinemas, new strategic challenges in Renewable Projects, and most of all, new types of programming on Television. Refreshing shows and faces are appearing in the national media.

The public is looking for new entertainment, and the country is looking to receive more international viewers and visitors.

To choose the right person for this historical moment in the country and for the TV Shows in the Kingdom, a very singular selection was performed. The suitable TV Presenter should be a woman with a strong voice, excellent communication skills, beautiful and most of all, already known to the big public in KSA, UAE and GCC.

Sarah Abdulaziz has already had an extraordinary career, presenting several programs such as 9hpm news edition, sports talk shows, interviewing personalities and a politics talk show among others in MBC1 the most famous Saudi channel in GCC.

Sarah Abdulaziz was born in Riyadh, Saudi Arabia. She holds a BA in Political Science and Communication Science from Al Akhawayn University and has worked in Corporate Communications at Kingdom Holding Company.

She moved to Dubai and joined the MBC Group in August 2014, to appear on the MBC1 screen for the first time in September of the same year as a prelude to a diverse section through the MBC News which is presented daily at 9hpm KSA.

She worked on this program as a segment presenter and reporter. Tasked with covering Saudi National Day for two consecutive years.

In 2016, Sarah presented the first bulletin alongside media colleague Hamoud al-Fayez and media personality Imad Al Abbad. The bulletin, which deals with a variety of diverse news in the local, Arab and regional affairs, included a series of meetings and coverage that occupied the public opinion and social networking sites, which emerged in a spontaneous and close to the scenes of the viewer during the questions and in its interlocutors.

In addition to presenting on television, she appeared in the social networking sites in a section titled "The Sarah Al-7 Questions," in which she hosted several prominent names including physicist Dr. Ali Al-Kayali, Saudi scientist Ghada Al-Mutairi, Saudi star Majid Abdullah and team player Mohammed Al Sahlawi. This was her chance to present the MBC program next to colleague, Ali Al Ghofaili. In addition to the mission of annual coverage in the Eid al-Fitr and Eid al-Adha.

Sarah Abdulaziz was chosen to present the Arab Press Award in 2017 and to present the closing ceremony of the Ramadan Sports Tournament in the presence of His Highness Sheikh Nasser bin Hamad Al Khalifa 2016.

She is a TV Presenter, Model, Influencer, Social Media Brand Ambassador, and the image of beauty.

She is known for her journalistic experience but also for caring for those less fortunate, as an Ambassador of the Emirates Government for Syrian refugees, sponsored by H.H.Mohammed bin Rashid Al Maktoum.

A journalist and a professional with the beauty and talent to attract all brands inclusive of the fashion, makeup, perfume, retail, government and advertising industries.

A role model woman to pay attention to in the next months.
Contact
Sarah Abdulaziz
Guru Milis
00971569483635
www.sarahbintabdulaziz.com/ 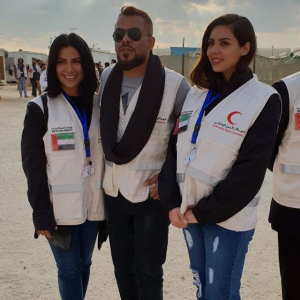 Sarah Abdulaziz is known for her journalistic experience but also for caring for those less fortunate, as Ambassador of the Emirates Government for Syrian refugees, sponsored by H.H.Mohammed bin Rashid Al Maktoum. 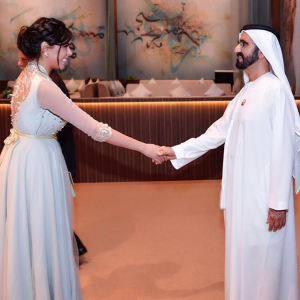 We are witnesses of a woman that will make history in the Arab world but also internationally as Europe and the USA are putting their eyes on her.