Carbon Dioxide (CO2) is Not Our Grandparents’ Pollutant by Richard Richels, Gary Yohe and Henry Jacoby from Oasis Publishers 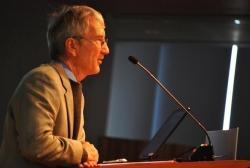 MiddleTown, CT, March 15, 2019 --(PR.com)-- People carry around a mental picture of the effects of CO2 and other greenhouse gases on our climate and its influence on economic and environmental consequences. This view gives an idea on how to frame an appropriate response – a view that has been informed by how previous generations dealt with pollution.

This experience provided a sound understanding on how and when to respond back in the day. But these understandings are not so helpful when we think about modern pollutants. They are, in fact, inappropriate if they are applied in discussions about how and when to respond to the risks imposed across the planet by a very different type of pollution.

Researchers Richard Richels, Gary Yohe and Henry D. Jacoby have given an example of this phenomenon in the form of an existential environmental threat to the planet.

The United States Supreme Court found, in a 6-2 decision authored by the Chief Justice, that carbon dioxide emissions contribute to “air pollution which may reasonably be anticipated to endanger public health or welfare.” The practical implication of this 2007 decision is that carbon dioxide has been declare to be a pollutant (549U.S. 497), and that it can be regulated in the United States under the 1970 Clean Air Act.

The need for a response to the threat of climate change was simultaneously supported by the Science Academies of eleven countries in a joint statement that asserted that “the scientific understanding of climate change is now sufficiently clear to justify nations taking prompt action.”

Researchers Richard Richels, Gary Yohe and Henry D. Jacoby say it is wrong to think that Greenhouse gasses are similar to other atmospheric or water borne pollutants like sulfur from powerplants, smog-causing components of auto exhaust, etc.

Dealing with them requires both a long-term plan and considerable swift action on our part (because delay is expensive) Moreover, the risks that they bring can eventually and, again for emphasis, irreversibly be so overwhelming that we might not be able to adapt.

As a result, our instincts about dealing with pollution, born out of our experiences from dealing with traditional environmental problems over the past 4 or 5 decades, cannot be applied to carbon emissions.

Richels, Yohe and Jacoby gives five messages as to why we should not treat greenhouse emissions same as the other traditional pollutants.

- Message 1: Unlike the damage from other pollutants, climate change risks cannot be stopped in their tracks. Annual contributions to cumulative carbon dioxide emissions from year to year commit the planet to increasing levels of irreversible warming that will persist for centuries regardless of future actions to reduce emissions.

- Message 2: Higher damages from climate change lie ahead. Damages experienced today are only a harbinger of what is coming if no action to mitigate or to adapt is undertaken as soon as possible. We, as the stewards of the planet’s health have already squandered valuable time over the past three or four decades of virtual inaction.

- Message 3: Investing in the reduction of CO2 and other greenhouse gas emissions (mitigation) is like investing in any other economic asset from education to a new bridge. Benefits are realized in the future from costs that are incurred now. Though the response task is huge, the associated costs need not break the bank in the near term if mitigation is pursued in a timely, persistent, predicable, and intensifying way. Enhanced mitigation should start as soon as possible and be crafted so that it can be altered as climate and economic futures unfolds.

- Message 4: Many traditional pollution problems are of local or, at most, national concern. The climate threat is global. Therefore, participation in the international response, and leadership where possible, is in the self-interest of the United States (and, of course, every other country on the planet). “Climate Club” membership should be comprehensive because the world is increasingly interdependent in terms of economic activity, geopolitical forces, social society interactions, and familial/hereditary bonds. Catastrophic or persistent climate impacts anywhere on the planet can affect people living anywhere else on the planet. When one of the world’s richest countries, like the United States, abdicates its responsibility to do its part to combat climate change, then it damages itself by encouraging other countries to follow the leader into shameless free-riding.