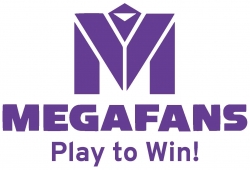 Carlsbad, CA, August 14, 2019 --(PR.com)-- MegaFans, a mobile eSports gaming platform, and Pebblekick, an international content and game publisher, combined forces to elevate mobile gaming’s status in the eSports world with the first eSports engine driven midcore game, The King of Pirates, in order to enhance the mobile eSports experience and make it more accessible to a broader audience, globally. The companies announced their strategic partnership as a joint venture with plans to roll out the new eSports formatted game on Google Play and the App Store in September 2019.

Don Shiroishi, CEO of Pebblekick says, "We are excited about this relationship and expect the joint venture to produce an enhanced game experience for fans of mobile eSports globally." Jeff Donnelley, co-founder of MegaFans agrees, "The King of Pirates is the perfect game to test the international eSports arena where we can reach and reward players in 180 countries and establish higher quality game play for everyone."

The goal of the joint venture is to make eSports available to a wider swath of players with a richer gaming experience. Both companies have experienced teams with a history of success in game development, eSports and entertainment. Additionally, MegaFans’ focus on driving quality, global mobile eSports tournaments to an inclusive audience, combined with Pebblekick’s goal of providing and producing high-quality content and games, will benefit players around the world.

With the MegaFans and Pebblekick joint venture, midcore will be used as a potent conduit to tap the emerging growth market of mobile eSports gamers.

Pebblekick, Incorporated, is a Pasadena, California based developer, publisher, and turn-key solution provider of fully integrated mobile/online games and platforms. With a strong global team assembled from North America, Asia, and Latin America, Pebblekick has successfully developed, marketed, and published games throughout the world and has extensive resources to provide game developers with global publishing, funding, marketing, music, Hollywood IP, localization, and other services. Pebblekick has also emerged as a leading game solution and content provider for specialized niche markets such as the medical, educational, financial, and penitentiary markets. From developing and publishing successful global games, to developing new innovative gaming solutions and platforms, Pebblekick’s vision and commitment remains to expand and create a new world of gaming.
Contact
MegaFans Inc.
Stephanie Golden
+1 (760) 889-3187
Megafans.com
Pebblekickinc.com