Allegedly, Victim Claims That School Janitor Sexually Assaulted Her When She Was a Student at Brooklyn Friends School. 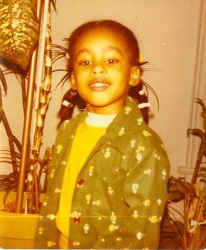 New York, NY, October 06, 2019 --(PR.com)-- A New York City resident who allegedly attended the Brooklyn Friends School as a child has filed a sexual abuse civil lawsuit against the school, alleging it failed to prevent her from being repeatedly abused by a janitor.

The suit, filed by the Zalkin Law Firm and Barasch McGarry Salzman & Penson in Kings County Supreme Court in Brooklyn pursuant to New York’s Child Victims Act, named as defendants the School, its Board of Trustees and The Brooklyn and New York Meeting organizations.

The Plaintiff, Amala Muhammed Redd, now age 47, allegedly attended Brooklyn Friends School from 1979 to 1990, when she graduated. The Brooklyn Friends is an independent, college preparatory Quaker school with more than 900 students and a tuition rate of $45,400 annually for grades 3 to 12, according to the school’s website.

The complaint alleges that during second and third grade, Amala was repeatedly sexually abused by a school janitor. Allegedly, the sexual abuse of Amala by the janitor included, but was not limited to, openly kissing Plaintiff on school grounds, oral sex and an alleged rape of the Plaintiff at the Brooklyn Friends School. The Plaintiff alleges in the lawsuit that this abuse occurred over the course of several months between second and third grade.

The complaint alleges Amala’s third grade teacher and her gym teacher allowed the janitor on many occasions to come into their class and remove Amala from class, facilitating the on-going sexual abuse.

“It is inexcusable, that teachers would allow a janitor to remove a child from their class repeatedly and not do anything about that,” said attorney Irwin Zalkin. “Schools, especially prestigious private schools like Brooklyn Friends, should be a safe environment for all students. Allegedly, The Friends School failed in its duty to protect Amala from this sexual predator and did nothing to educate and train their employees about protecting students from sexual abuse and harassment.”

The lawsuit alleges that as a child around the third grade, Amala began hurting herself by biting her lips until they bled and banging her arms against walls to cause injury in order to get herself excused from gym class to avoid contact with the janitor. The Complaint alleges that none of her teachers nor school administration protected her or reacted to these childhood displays of distress. The Complaint goes on to allege: following this long period of abuse, a teacher in the school discovered the janitor in the act of abusing Amala and then took Amala to the school’s office; the school then called Amala’s mother and the police.

The lawsuit alleges three Causes of Action against the Defendants; Negligence, Negligent Retention, Negligent Failure to Train Teachers and Administrators. The complaint alleges that Brooklyn Friends School and other Defendants were negligent in their legal duty to protect the Plaintiff from the alleged abuse by allowing easy access to a minor child by an unsupervised employee, in this case the janitor. The Complaint also alleges a complete absence of any training for teachers, staff and administrators and failure to establish policies and procedures to detect, prevent and address inappropriate employee behavior including employee-student boundary violations, sexually inappropriate employee behavior and conduct.

Allegedly, as a result of the sexual abuse outlined in the complaint, the Plaintiff claims severe and sustained emotional and psychological injuries of a permanent and lasting nature. The complaint asks for compensatory and punitive damages and costs.

About The Zalkin Law Firm
With offices in San Diego, CA and New York, NY, the firm's lawyers have represented hundreds of survivors of sexual abuse and sexual assault and achieved results in numerous high-profile sexual abuse and assault cases across the United States. The Zalkin Law Firm has aggressively represented survivors who suffered child sexual abuse and sexual assault while members of religious and other organizations, including the Catholic Church, Jehovah’s Witnesses, foster care, Boy Scouts, recovery homes, foreign student exchange programs, colleges. Irwin Zalkin was appointed a lead negotiator by United States Magistrate Judge Leo S. Papas on behalf of over 144 victims of childhood sexual abuse against the Roman Catholic Bishop of San Diego. These negotiations resulted in a global settlement of almost $200,000,000. He also was one of the lead trial lawyers and part of the trial team against the Roman Catholic Archbishop of Los Angeles where a global settlement was reached in the amount of $660,000,000.

This complaint was filed in Kings County Supreme Court in Brooklyn pursuant to New York's Child Victims Act and names the Brooklyn Friends School as defendant.