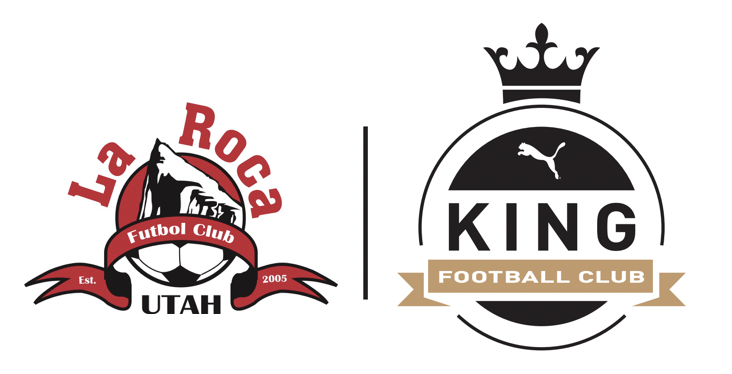 South Weber, UT, December 04, 2019 --(PR.com)-- La Roca Futbol Club is elated to be sending two coaches and two players to the 2019 PUMA King Women’s Summit in New York City, December 14-15, 2019. The all-expense paid trip is one of the benefits of La Roca FC’s unique partnership with the Puma King Football Club. La Roca FC is one of only 9 youth soccer clubs in the United States that PUMA has partnered with in offering exclusive opportunities like the Women’s Summit to coaches and players.

The Women’s Summit will be held at the PUMA Showroom in Manhattan and will be an exciting weekend focused on women’s empowerment. The Summit’s events will range from college recruitment, playing professionally, health and wellness, to women in business. The range of topics were chosen to help women in all facets and phases of their lives and expose them to potential opportunities above and beyond the game of soccer.

Coaches Heidi Wheelwright and Lei Anne Price were selected to attend, as well as players Sae Obayashi from the La Roca Premier CS 03 team and Addie Lindstrom from the La Roca Premier AB 03 team. “We would love to send every female in our club to attend,” said Adolfo Ovalle, La Roca’s founder and Technical Director, “but that’s not possible, so we took a deep look at those individuals who have been loyal to La Roca from the start and who we thought could benefit from it the most. We’re hopeful that they will come back and share their knowledge with the rest of us to further empower the women of La Roca.”

“I’m so excited about this opportunity,” said coach Heidi Wheelwright. “The fact that this summit is devoted to the needs and empowerment of women is so refreshing. As coaches we get to shape lives on the field, and by adding these additional opportunities for our young women, we get to also help shape their lives as mothers, community influencers and potential business owners.”

When asked about the upcoming trip to New York City, La Roca player Sae Obayashi said, “I am extremely excited for this incredible opportunity! I’m so thrilled to have the chance to represent my club to the best of my ability.”

The coaches and players will get an opportunity to report on this event at La Roca FC’s annual gala January 25, 2020 at the Legacy Events Center.

About La Roca FC
La Roca Futbol Club was established in 2005 to provide a quality competitive youth soccer program in Utah and has grown to become the most successful club in the state with more State Cup Championships than any other club. La Roca FC trains serious youth soccer players who desire an opportunity to develop and showcase his/her skills to the fullest potential. To date, La Roca has produced 12 professional players both domestically and internationally. La Roca FC offers players a chance to play at the highest level of state competition and compete in various regional and national tournaments and leagues. In 2016, La Roca was the only club in Utah and one of 68 clubs nationwide to be selected to participate in US Soccer’s Girls’ Development Academy program. Five La Roca teams comprised of Utah’s top female soccer players now compete in the Northwest division of the US Soccer Girls Development Academy. La Roca is a 501(c)(3) corporation under the direction of its Board of Directors.