First General Purpose Robot to be Manufactured in Regional Australia

Haddington Dynamics, a Las Vegas based R&D company, will be opening the first licenced and certified robot manufacturing facility with DCISIV Technologies. The new Industry 4.0, 3D Print farm, micro-factory will be opened in Toowoomba, Queensland Australia with the help of the Queensland Business Growth Fund. 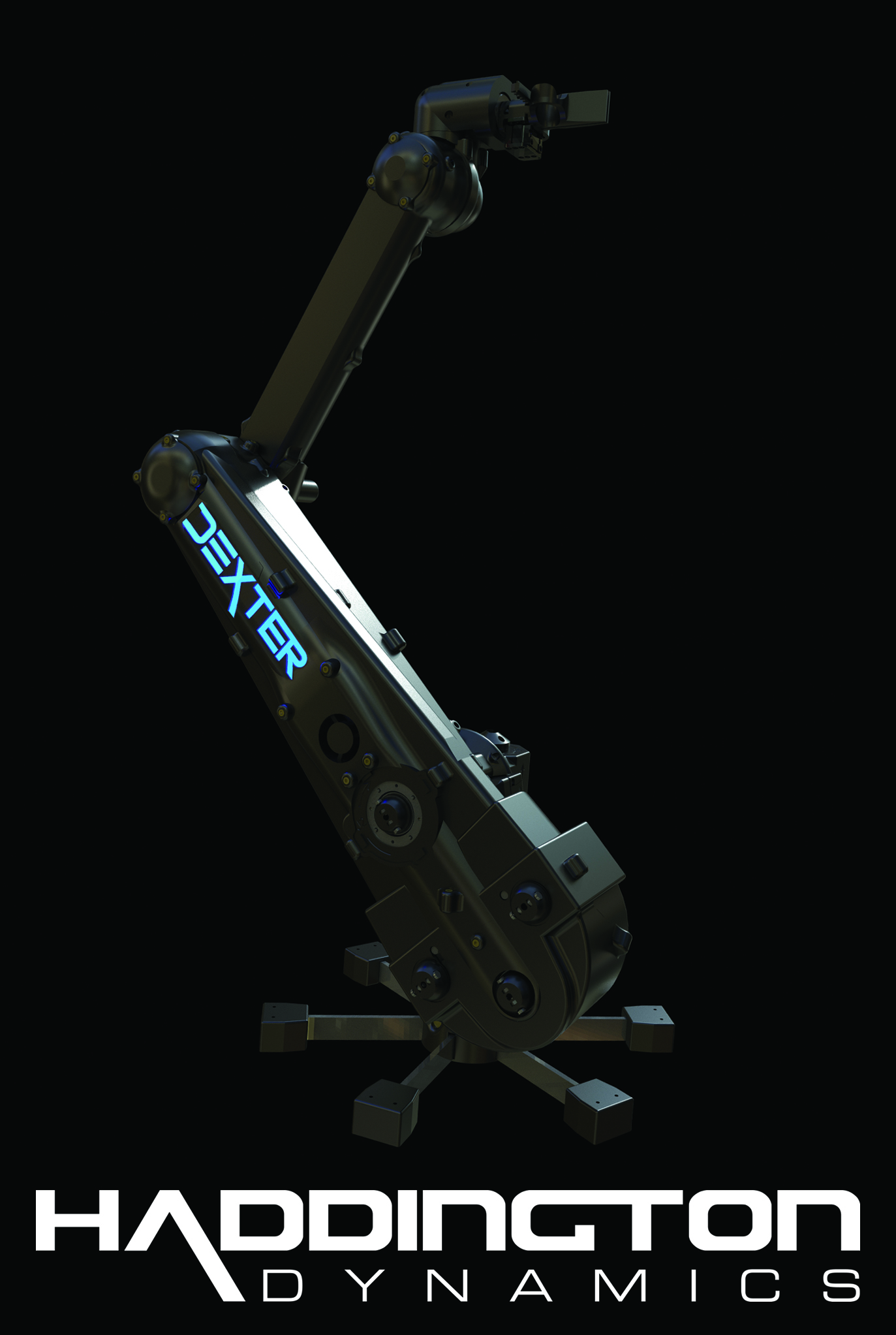 Las Vegas, NV, February 26, 2020 --(PR.com)-- Las Vegas based robotics company Haddington Dynamics, www.hdrobotic.com, will open the first micro-factory outside the US in the regional town of Toowoomba, Queensland Australia.

Kent Gilson, Inventor and Founder of Haddington Dynamics, Michael Phillips, VP of Sales and Jason Hampton-Taylor, International Director of Sales and Marketing will be travelling to Australia from the 24th of Feb. to officially commission and certify the first licensee of the Haddington Dynamics robot micro-factory system worldwide – DCISIV Technologies Pty. Ltd. (pronounced: Decisive).

Ben Leamon, a graduate of the University of Queensland, will be heading up DCISIV with his father Ross Leamon. Ben travelled to Las Vegas late last year to complete the first stage of training and on his return to Australia has been busy preparing a dedicated 3D print farm in Toowoomba. This is one of the unique methods Haddington Dynamics employ to manufacture the DexterHDI robots in what is the cutting edge of Industry 4.0.

DCISIV Technologies is currently putting together a version of the Microfactory under the guidance from the Haddington Dynamics experts.

“We have a great belief in the future of direct digital manufacturing and its potential to reform our own manufacturing industry. We see this as the tip of the iceberg in terms of potential. The foresight and generosity of the Business Queensland Business Growth Fund program helped us kickstart this project after pitching our vision for the business,” says Ben Leamon. “We are excited to see this vision now becoming reality and even more excited to see our vision aligning with that of Haddington Dynamics. Our goal is to become a valued, trusted and reliable extension of the Haddington ecosystem and produce robots of the same technical calibre and quality as Haddington themselves, right here out of Toowoomba. We also plan to actively contribute to the project in terms of its technical development.”

Kent Gilson is widely considered to be the father of FPGA (Field Programable Gate Array) supercomputing. A FPGA chipset is roughly the same size as an Arduino or Raspberry Pi but over 1000 times more powerful.

Kent has previously written his own language, Viva, to configure the FPGA units and has worked with NASA and Microsoft among other industry heavyweights to deploy supercomputing powered hardware systems in the past.

The standout feature of the DexterHDI collaborative robot is the - better than human – haptic feedback derived via the 3D printed optical encoders. Using some serious math and the relatively cheap power of the FPGA processor, the system can determine over a million positions per encoder disk revolution resulting in incredible precision. Dexter can “feel” natively without the need for additional sensors.

“When I walked into the Haddington Dynamics office, I was expecting to see just another robot arm. But, I left knowing that Dexter is something extraordinary. It’s the same feeling I had when I first saw an early 3D printer in action, and it gave me a sense of potential that I haven’t experienced in years...what I truly believe is the next big step in robotics.” - Cameron Coward - Hackster.io

Whilst Dexter has been a work in progress for Kent Gilson, over 8 years, it wasn’t until a successful 2017 Kickstarter campaign that the momentum for the project really gained speed. Haddington Dynamics exceeded the target of $100,000 and were soon after delivering the early kit versions of Dexter.

Recognition of the unique controller system came soon after in the form of the $50,000 2018 Hackaday Prize.

The latest model Haddington Dynamics DexterHDI collaborative robot to be produced in Australia will incorporate the latest advances in torque sensitivity and kinematic feedback, vision system readiness, tool change systems and retail food service readiness. It also has a tested capacity for a light industrial duty cycle which translates to earning a place in industrial applications such as camera-based inspection, polishing, deburring, bin picking, medical and retail applications at around a third of the price of any similar payload robotic arm.

In addition to industrial applications, Haddington Dynamics have a strong commitment to education and S.T.E.A.M. New York Institute of Technology (NYIT) have been an early adopter of the system and have developed a curriculum around 3D printing, assembling and programming the DexterHDI platform. Engaging with the Australian, New Zealand and Singaporean education systems will be a priority for Haddington Dynamics in the region.

Whilst DCISIV Technologies will be the certified manufacturer under licence in the region for Haddington Dynamics sales focused resellers have already been engaged. In Australian and New Zealand SFDesign are the official reseller. In Singapore and the SE Asian region Chemtroncan not only sell but also integrate the Dexter platform into a solution.
Contact
Haddington Dynamics Inc
Jason Hampton-Taylor
702-286-7601
hdrobotic.com
toddenerson@hdrobotic.com

First General Purpose Robot to be Manufactured in Regional Australia

Haddington Dynamics, a Las Vegas based R&D company, will be opening the first licenced and certified robot manufacturing facility with DCISIV Technologies. The new Industry 4.0, 3D Print farm, micro-factory will be opened in Toowoomba, Queensland Australia.