National Essay Day to be Celebrated on February 28: a Great Change in Spring 2020 Academic Calendar

One Freelance Limited initiated the creation of National Essay Day, which - starting from 2020 - will be celebrated annually on February 28. 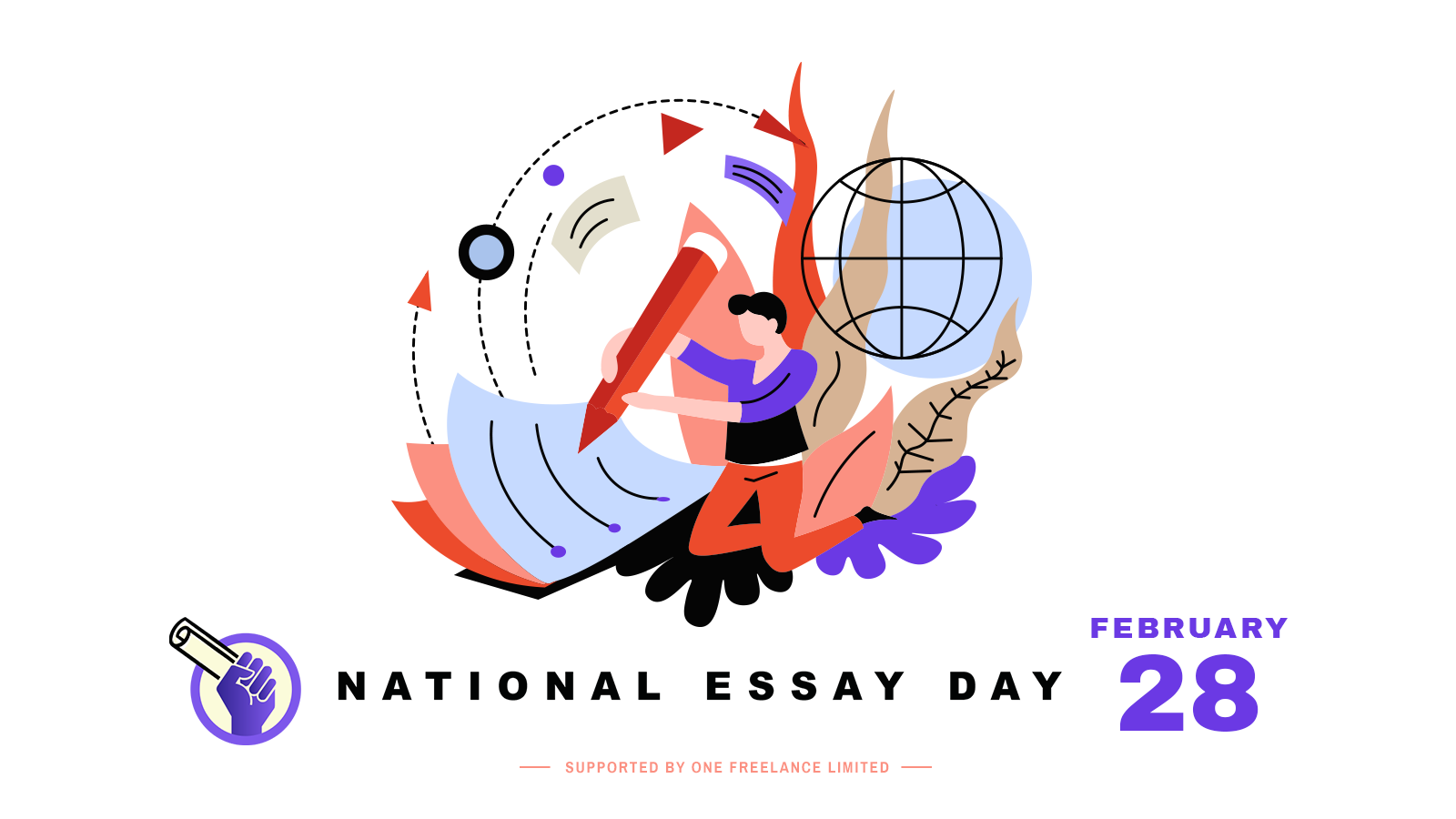 California City, CA, March 02, 2020 --(PR.com)-- The campaign started as a petition on Change.org and received multiple support from students in different American universities and colleges. The petition was also supported by adults who believe that writing, particularly essay writing is important to student’s growth.

As a result of the campaign, National Essay Day was registered on NationalDayArchives and will now be celebrated annually on February, 28.

The Idea Behind National Essay Day

National Essay Day celebrates the power of essay writing. It encourages students to give essay writing a try and write a piece on the topic they really care about. It also stimulates the need to express ideas and beliefs without fear of judgement or the necessity to follow all the academic requirements of essay writing.

The truth is essay writing has been reduced to just another academic activity. First-year students, on average, write 92 pages during the academic year, while seniors write 146 pages. National Essay Day aims to finally change the unfavorable perception of academic writing.

National Essay Day has a powerful historical background. February, 28 is the birthdate of Michel de Montaigne, the author of the first writings named "essays."

Michel de Montaigne was one of the most significant philosophers of the French Renaissance, known for popularizing essays as a literary genre. In his writings, he was never afraid to say what he really thought, no matter how unorthodox his ideas were.

On National Essay Day, students and all interested are invited to follow Michel de Montaigne’s paradigm of essay writing.

The celebration doesn’t have a strict set of rules. Students are advised to practice essay writing on their own and in groups. Schools and colleges are welcome to arrange on-campus activities connected with essay writing: workshops, readings, etc.
Contact
One Freelance Limited
Brian Johnson
1-855-655-4828
nationalessayday.com