Covering about 2,000 terms ranging from A11Y to Zsh, and including explanations from Wikipedia and the MDN Web Docs, author and tech lead Jens Oliver Meiert released a comprehensive reference for key words and concepts in web development. 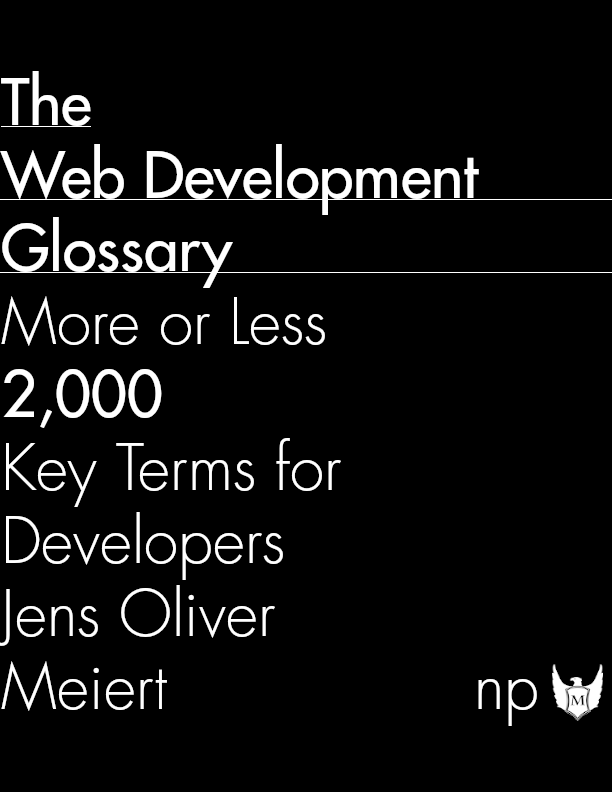 Hamburg, Germany, June 03, 2020 --(PR.com)-- Technical author and former Google lead developer Jens Oliver Meiert (meiert.com) released a new book, “The Web Development Glossary.” In 255 pages, the curated glossary covers “about 2,000 terms ranging from A11Y to Zsh” to make for a “compendium rich in information for both novice and expert developers.”

The glossary, which is said to be updated continuously following a living book approach, currently features a number of 1,996 terms, with 2,083 explanations and definitions that often build on Wikipedia and the MDN Web Docs. Per the Web Development Glossary’s official page, the book could therefore be “the most comprehensive glossary the field may have to offer.” Work on the book, which is licensed under a Creative Commons license (CC BY-SA 4.0), had also led to “numerous” improvements to Wikipedia and MDN Web Docs articles.