New Novel Release by DiVitto Kelly - "Summer of the Shark"

On June 20, 1975, the summer blockbuster was born. The movie was Jaws. Forty-five years later, author DiVitto Kelly taps into the nostalgia of the mid-70s, Jaws, and the 1975 World Series with the release of his new YA novel, "Summer of the Shark." 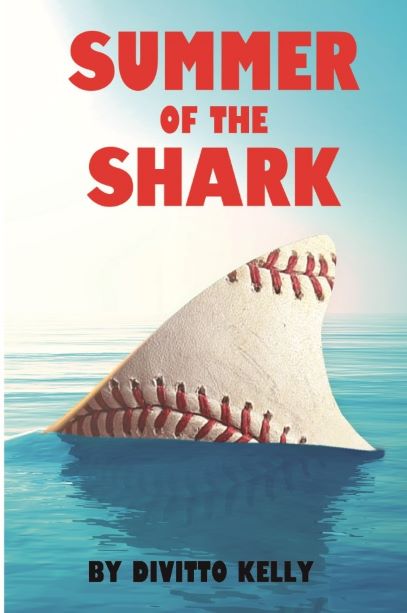 Summer of the Shark:
It’s 1974 and school’s out for 12-year-old Ryan Sullivan, only he won’t be spending it in his hometown of Madison Hill, Ohio. No playing baseball with friends, riding bikes, or going to Reds games at cookie-cutter Riverfront Stadium. Instead, he’ll be visiting his grandfather, Arthur "Artie" Sullivan, on the island of Martha’s Vineyard for the whole summer.

And during his stay, Ryan will discover the joys of eating “lobstah,” snag a foul ball at a Red Sox game, survive not one, but two, great white shark attacks, and along with his grandfather, become hired extras in the movie, Jaws, which is being filmed on location. Ryan even meets a girl his age, Veronica, who not only digs baseball, but loves monster movies as much as he does.

Filled with humor, drama, and the flavor of Martha’s Vineyard, "Summer of the Shark" is a mid-seventies, nostalgic first-person account of Ryan’s iconic vacation and the two significant events that occurred one year later: his Cincinnati Reds capturing the World Series over Artie’s Boston Red Sox in dramatic seventh-game fashion, and the debut of his favorite movie of all time, Jaws. Recollecting on his childhood, Ryan Sullivan concludes that 1975 to be his favorite year.

About the author:
DiVitto is originally from Cincinnati, Ohio. He has two published novels with two more on the way. He's written a television comedy show based on his experiences of working in a public library. He has a master’s degree in library science/media specialist from the University of South Florida and was the former editor for the Seminole Tribe of Florida newspaper. A certified diver, DiVitto is also a papier mache artist/instructor, creating everything from sharks to super-sized Pop Tarts.

If you would like more information about "Summer of the Shark," or would like to schedule an interview, please call DiVitto at 954.649.8053 or email divittowrites@gmail.com.

You can purchase the book at Amazon, Barnes & Noble, Indigo, Goodreads, and Smashwords.

Press Release: Summer of the Shark

On June 20, 1975, the summer blockbuster was born. The movie was Jaws. Forty-five years later, author DiVitto Kelly taps into the nostalgia of the mid-70s, Jaws, and the 1975 World Series with the release of his new YA novel, Summer of the Shark.