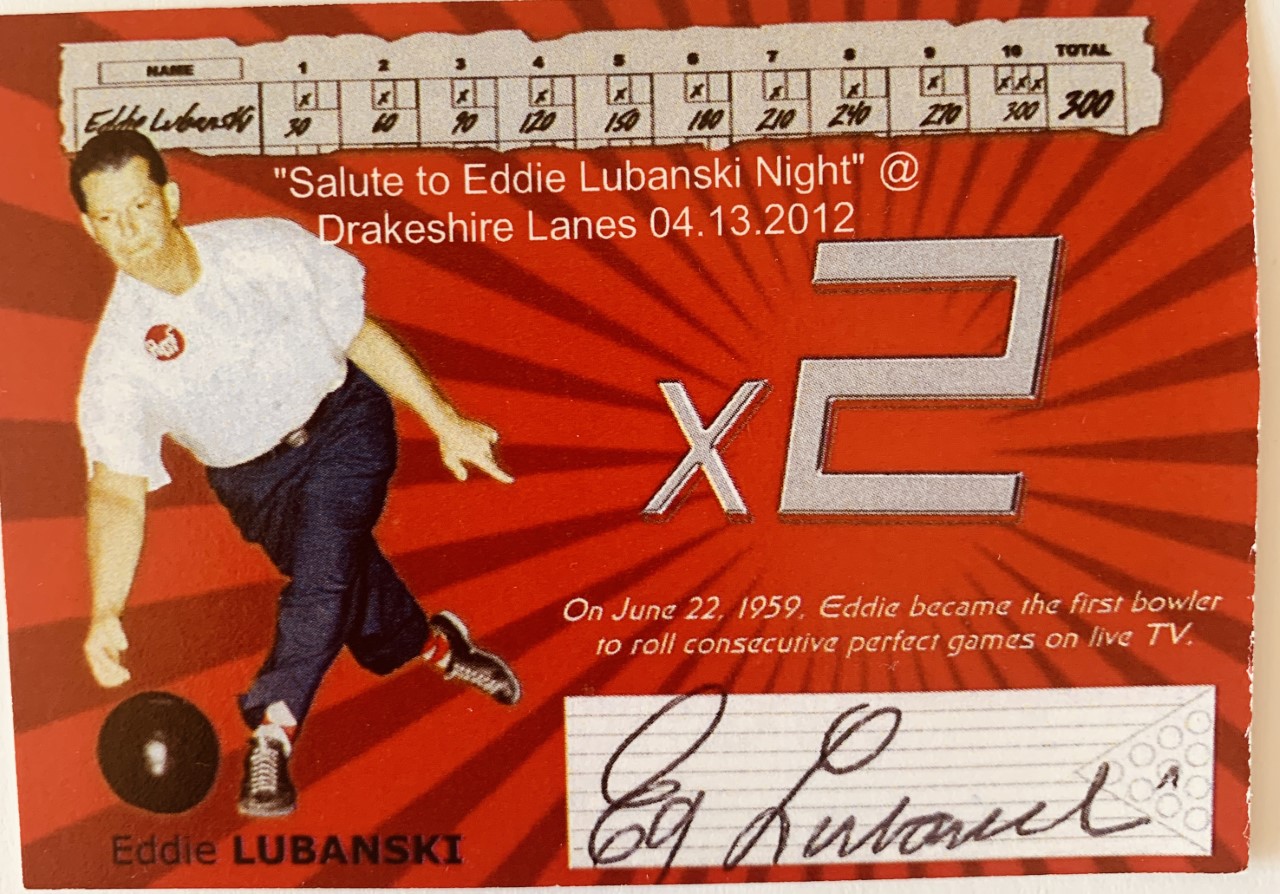 It was June 22, 1959 at Miami’s Bowling Palace where Lubanski made New York Times headlines by bowling 24 strikes in-a-row on a live ABC Network Television broadcast. In 1959, with primitive equipment as compared to today’s - the odds of rolling “back-to-back” perfect games had been calculated to be in the vicinity of 500 million-to-one.

But the pride-of-Detroit - “The Big Lubanski” - heroically laid those numbers to waste with a performance he described as “zen-like” in his later years.

Now, audiences of all ages are able to relive the crashing of those pins by searching “Ed Lubanski” on YouTube - and they are doing so by the thousands.

The story was chronicled briefly - in a hardcover autobiography (the only one ever written about a Professional Bowler) released in 2010 entitled, “King of the Pins!” The book remains available for purchase on-line.

Rights to the film version are retained by Eddie’s son Paul. He may be contacted by parties interested in a TV documentary or movie recreation involving this accomplishment and Eddie’s life to include his blue collar ascent to becoming a World Champion. Lubanski is a member of five separate Halls of Fame. He was a minor league pitching phenom that turned his attention to bowling full-time. Incredibly, Eddie established or contributed to setting nine world records over a: seven year span in the late 1950’s. Both a full version of the originally aired broadcast and a shortened - final three strikes only - are posted on YouTube.