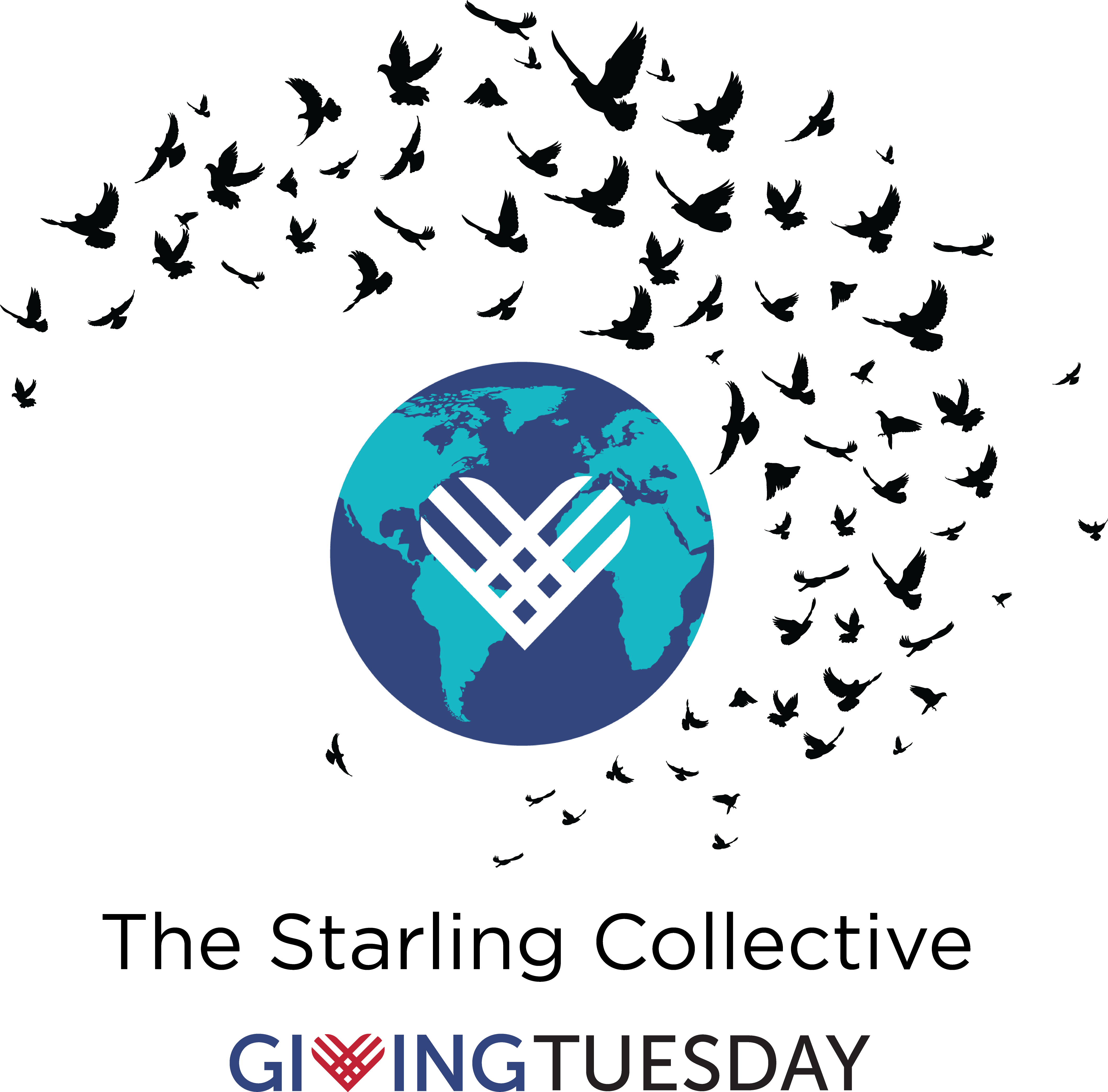 New York, NY, August 04, 2020 --(PR.com)-- Today GivingTuesday, the groundbreaking global generosity movement, announced the launch of the Starling Collective, a new initiative designed to identify and support creative, passionate grassroots leaders who are working to accelerate particularly innovative approaches to catalyzing generosity, empathy, equity and justice. The program will offer coaching, peer learning and connection to GivingTuesday's global community of movement leaders. Applicants selected for the Starling Collective cohort will receive microgrants to accelerate their work as part of an initial pool of funding totaling $250,000 USD.

GivingTuesday’s Starling Collective aims to spur rapid implementation of new ideas and grassroots action, and is designed to break down traditional barriers to resources and networks that often exclude underrepresented voices, leaders of color and grassroots movement builders. The program is open to organizations and individuals worldwide. Priority consideration will go to applicants in the regions of greatest crisis or lowest resource and to those with particularly innovative ideas for inspiring generosity through projects or initiatives with potential to scale. Applications for GivingTuesday’s first cohort of the Starling Collective open today, with an application deadline of September 1, 2020. Selected participants will be announced in early October.

GivingTuesday is devoting an initial commitment of $250,000 to put to immediate use in the upcoming round of funding, and the organization aims to double the available funds through support from foundations and individuals by the end of 2020. The initial round of grants are expected to help at least 50 initiatives around the world, and will be awarded in amounts typically ranging between $2,500-$7,500 USD. GivingTuesday intends to offer additional cohorts of the Starling Collective in 2021.

On May 5, 2020 GivingTuesday rallied a global network of leaders, partners, and individuals for #GivingTuesdayNow, a global day of unity and giving in response to the unprecedented need caused by COVID-19. The day sparked activity in more than 145 countries, mobilizing millions to give back, and more than $503M in online donations were contributed in the U.S. alone. In a pilot program to support on-the-ground campaigns for the event, GivingTuesday also funded more than $170,000 in Starling Fund microgrants to empower its existing cohort of global leaders. This effort inspired and informed the creation of the more comprehensive Starling Collective.

“Generosity is a powerful form of civic participation and grassroots, community-based and community-led efforts will be key to creating lasting change,” said Asha Curran, CEO of GivingTuesday. “GivingTuesday creates a shared space where those who engage with it can see, and work to co-create, the radical implications of a more generous world. We have an opportunity to create an inclusive, mutual learning network that drives grassroots generosity at a global scale. The Starling Collective will provide passionate leaders and movement builders with the tools to rapidly implement their ideas, and with the wisdom and support of one another.”

To manage the program more effectively and equitably, GivingTuesday is expanding its team by adding global regional directors who will review and select applicants and also serve as mentors/coaches to participants. GivingTuesday’s Starling Collective Regional Directors include:

João Paulo Vergueiro, CEO for the Brazilian Fundraisers Association (ABCR) and GivingTuesday Brazil country leader, will serve as the Regional Director for Mexico, Central America, the Caribbean and Brazil.

Catherine Mwendwa, Research and Stakeholder Engagement at Wasafiri and former GivingTuesday Kenya country leader, will serve as the Regional Director for Africa.

A regional director for the United States and Canada will be announced in August.

"The support from GivingTuesday gave us the ability to help significantly more non-profits and people in Colombia who were struggling due to the pandemic," said Diana Miller, president and Executive Director of FUNDECISE and leader of the GivingTuesday national movement in Colombia. "The Starling microgrant allowed us to grow the movement in other regions, promote acts of giving, secure supplies, such as masks, hand sanitizer as well as food, and meant we could invest in tools to reach and aid more people in need. The program made a huge difference in how we were able to respond during this crisis."

Created in 2012 at New York’s 92nd Street Y and incubated in its Belfer Center for Innovation & Social Impact as a day to do good, GivingTuesday has grown into a year-round global generosity movement with leaders who have launched more than 200 community campaigns across the U.S. and national movements in more than 70 countries. At the grassroots level, people and organizations participate in GivingTuesday in every single country in the world.

To learn more and apply to be a part of the Starling Collective, visit www.givingtuesday.org/starling

About GivingTuesday
GivingTuesday is a global generosity movement unleashing the power of people and organizations to transform their communities and the world. GivingTuesday was created in 2012 as a simple idea: a day that encourages people to do good. Over the past eight years, it has grown into a global movement that inspires hundreds of millions of people to give, collaborate, and celebrate generosity. Whether it’s making someone smile, helping a neighbor or stranger out, showing up for an issue or people we care about, or giving some of what we have to those who need our help, every act of generosity counts and everyone has something to give. GivingTuesday strives to build a world in which the catalytic power of generosity is at the heart of the society we build together, unlocking dignity, opportunity, and equity around the globe. To learn more about GivingTuesday participants and activities or to join the global generosity movement, please visit: www.givingtuesday.org and www.givingtuesdaykids.org or find GivingTuesday on Facebook, Twitter and Instagram.
Contact
GivingTuesday
Caryn Stein
571-330-6966
https://www.givingtuesday.org/starling
Chief Communications Officer, GivingTuesday