Canadian Federation For Citizenship’s mission to promote citizenship is steered by the principles that: Citizenship is a notable relationship that binds all Canadians, and, that it requires one to be accountable for others. 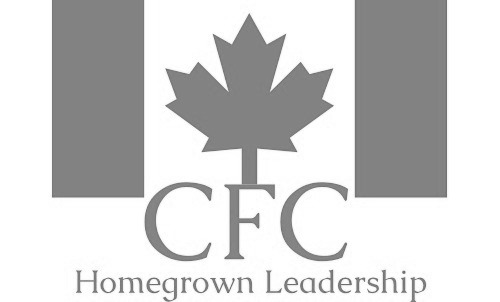 Winnipeg, Canada, October 15, 2020 --(PR.com)-- As we celebrate Manitoba’s 150th Anniversary of joining the Canadian Confederation, Canadian Federation For Citizenship (CFC) has announced a new appointment on its Advisory Board – Ms. Keren Taylor-Hughes, CEO of Winnipeg Harvest and a subject matter expert in poverty alleviation, health, change management and leadership.

Co-founders Jenny Gulamani-Abdulla and Ghalib Abdulla established CFC three years ago during Canada’s Sesquicentennial, 150th Anniversary of Confederation, to celebrate being Canadian and to create a sense of belonging so that all residents of Canada are embraced, included and respected to participate in Canada’s progress.

“Our families moved to Canada from Africa in the 70s. I was not even a teen yet,” said Jenny Gulamani-Abdulla. “They arrived as economic immigrants. They were operating a successful business in Tanzania and leading a very comfortable lifestyle. Their move to Canada was mainly for us to be able to access the best education. The fact that the media focuses on the less than 10-15% who enter as refugees, the irregular or undocumented arrivals is rather unfortunate as the majority of our immigrants are economic migrants.”

Ms. Gulamani-Abdulla is a member of the International Bar Association and has been practicing Immigration in Canada for more than 25 years. She explains that “Canada had been bringing in a million immigrants every four years. That changed to every three years recently. No matter which way you look at it, we rely heavily on immigration. COVID-19 has not changed that. In fact we now see the contributions of immigrants who are at the frontlines during the pandemic. Canadians need to educate themselves on how our country selects its immigrants because this lack of understanding has created fear of the unknown.”

Ghalib Abdulla reflected on the overall struggle to overcome COVID-19 nationally and globally. He pointed out how, during this crisis “We have also all witnessed the outbreak of intrusion of basic human rights resulting in inequities and intolerance amongst us.” With optimism, however, he added, “As Canadians Citizens we can and must do better by pausing and reflecting upon our common values from time to time so that we may rise victoriously from this outbreak while staying true to our values!”