A Day of Firsts: Red House Streaming Studios and “On The Record With Sarina Fazan” Collaborate on First Live Streamed Podcast 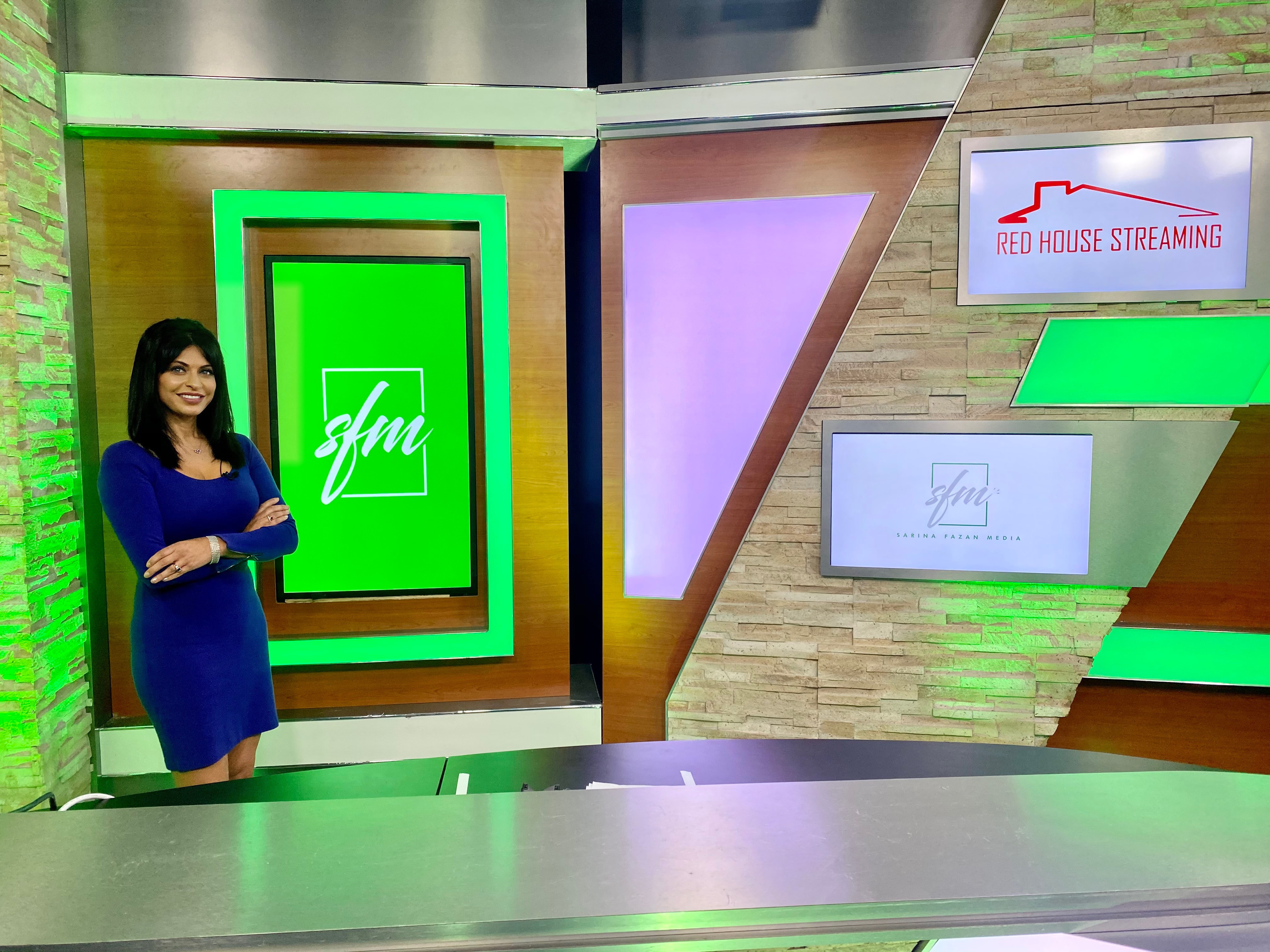 St. Petersburg, FL, January 15, 2021 --(PR.com)-- Just in time for the Super Bowl, Red House Streaming, a CP Communications brand, is kicking off live streaming services from their state-of-the-art studios in St. Petersburg. “On The Record With Sarina Fazan” will be the first-ever podcast to live stream at Red House Streaming Studios, taking place on Friday, January 15, at 1:30 PM ET on multiple online platforms simultaneously.

Host Sarina Fazan, a four-time Emmy Award winning television anchor, reporter, and producer, will be joined by TV investigator Jim Rathmann and legal expert Paul Sisco on her first live podcast, with topics ranging from the criminal investigations surrounding the Joe Exotic case to the current events at the nation’s capital.

Fazan said, “I am so honored to be hosting this milestone live podcast at Red House Streaming Studios. For podcasters and broadcasters alike, the technology that Red Housing Streaming offers can create amazing things.”

Kurt Heitmann is the CEO of CP Communications. He said, “Red House Streaming focuses mainly on exactly what’s in its name, streaming, and giving content producers and creators the ability to get their message across quickly and cost-effectively.”

Red House Streaming Studios has two adjacent 600-square-foot spaces at their St. Petersburg location, and their virtual sets allow content producers, from YouTubers to podcasters, to create any type of environment for their videos. Clients can also book Red House Streaming Studios to self-produce projects and use 5,000 square feet of additional open space for larger shoots.

Equipment, including microphones, cameras, and cam-stream products, is available for remote use, so creators can produce professional content from any location. In addition, the network operations center at Red House Streaming Studios is staffed with technicians to manage all production and content delivery tasks.

For Fazan, Red House Streaming Studios is taking her back to a live studio setting, as she broadcasts from a "newsroom" atmosphere. "On The Record With Sarina Fazan" is a weekly podcast, highlighting a variety of trending topics that resonate with listeners in Tampa Bay and across the nation, and streaming opens the podcast to an even broader audience.

Fazan is a well-known journalist in Tampa Bay, covering high-profile cases and earning a reputation nationally for landing exclusive interviews with controversial newsmakers. As on-air contributor and producer for Investigation Discovery’s "Joe Exotic: Tigers, Lies and Cover-Up,” she offers insight into the ongoing drama that has captured international attention. Other notable stories she has covered exclusively include Julie Schnecker, Sabrina Aisenberg, Terry Schiavo, Keith Stansell, and Debra Lafave. In addition to her four Emmy Awards, Fazan was named the 2016 Journalist of the Year and has received numerous honors from the Associated Press, the Society of Professional Journalists, and other media organizations in recognition of her reporting.

Jim Rathmann, a former Secret Service agent, retired homicide detective, and decorated Army Veteran, is leading the on-air investigation of the disappearance of Tampa’s own Don Lewis in Investigation Discovery’s "Joe Exotic: Tigers, Lies and Cover-Up." Rathmann was in Washington, D.C. when chaos broke and he will be "On The Record With Sarina Fazan," talking about the shake-up at the capital and how Joe Exotic got him there.

Weighing in will be Paul Sisco, who is Board Certified as an Expert in Criminal Trial Law and has been practicing since 1992. In 2016, the Hillsborough County Bar Association awarded him the Kynes "In the Trenches" Award for excellence in criminal trial practice. As both a former prosecutor and a seasoned private trial lawyer, Sisco has tried more than 75 jury trials to verdict over his three-decade career.

You can find the live podcast on both Red House Streaming Studios' and Sarina Fazan’s social media channels, including Facebook and YouTube!

“On The Record With Sarina Fazan” is produced by the team at Sky Strategic Marketing.

About CP Communications: For more than three decades, CP Communications has provided high-quality, cost-effective live event production solutions to major broadcasters, sports leagues and teams, and event and production companies. Our solutions include access to experienced professionals, state of the art equipment, and innovative technologies and techniques for wireless audio & video content acquisition, transport, and delivery. Our culture of innovation, coupled with the highest quality assurance standards and passion for customer service, promote collaboration with our clients to determine the best custom solution for each live event. Learn more about CP Communications at https://cpcomms.com/.

About Sarina Fazan Media: As a four-time Emmy Award winning television anchor and reporter, Sarina Fazan has told the stories of Tampa Bay for more than two decades. She made her producing debut in 2020 on Investigation Discovery’s "Joe Exotic: Tigers, Lies and Cover-Up.” As the owner of Sarina Fazan Media, she is using her proven experience as a storyteller to help businesses and individuals succeed in their dreams. Whether through traditional media or emerging media platforms, Fazan helps her clients craft the most engaging and compelling approach to their communications. Learn more about Sarina Fazan Media at https://sarinafazan.media/.