From "Parasite" and "Lost Alleys" Translators, a "Monarch" in Korean Poetry 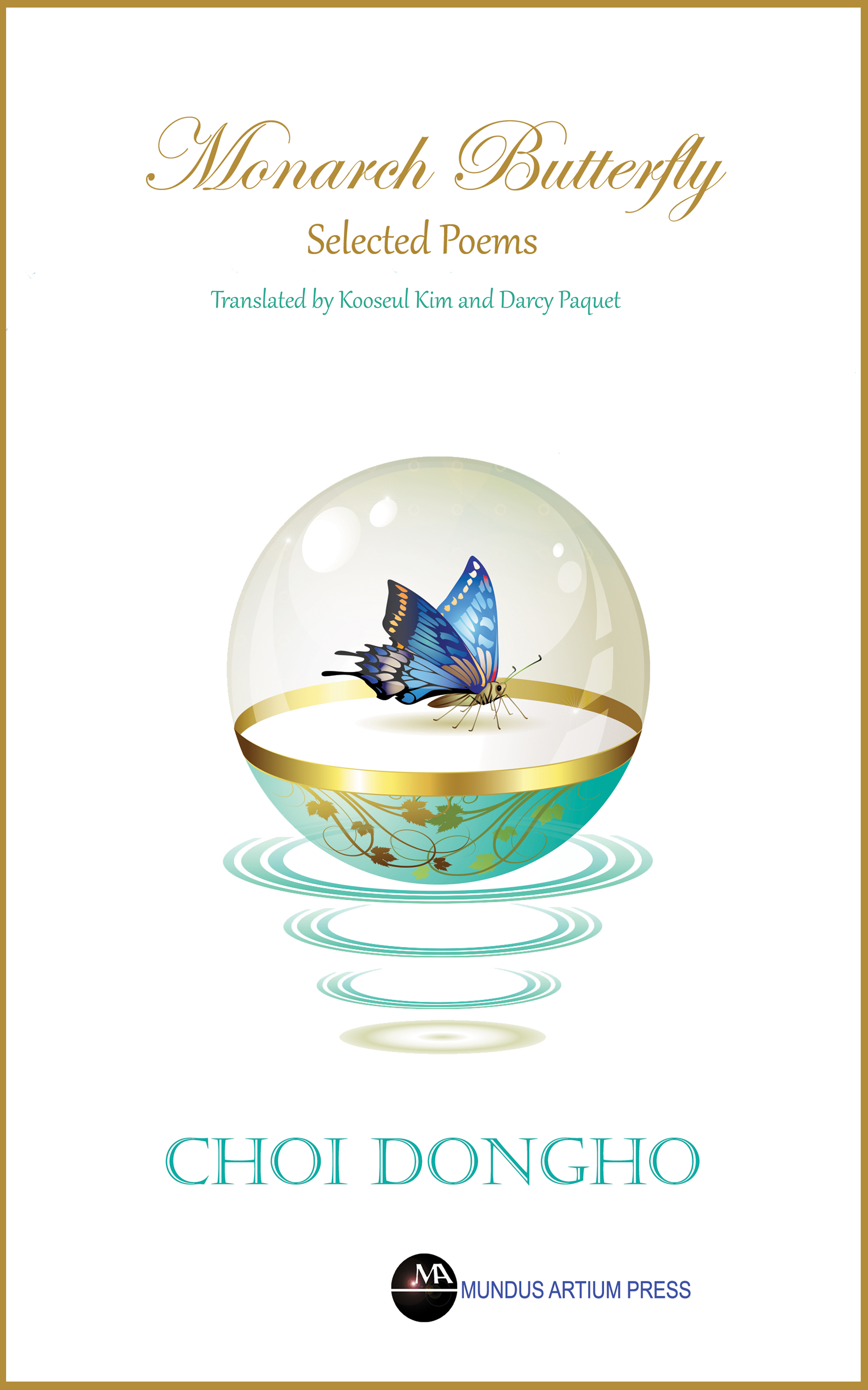 Choi Dongho has used the term "extreme lyric poetry," geukseojeongsi in Korean, to characterize aspects of his work. His poems' succinct, evocative intensity stems from practiced spiritual concentration, which purposefully guides the reader along unconventional paths of perception.

South Korea's Daesan Foundation awarded a translation and publication grant for Monarch Butterfly as part of a program to promote Korean literature internationally.

Monarch Butterfly illustrates Choi Dongho's artistic development by drawing on his eight celebrated Korean-language volumes of verse. The writer's several books on poetry theory have further established him as a leading voice in Korean literature. His work has been translated into many languages..

A member of the Korean National Academy of Arts, Choi Dongho is a Distinguished Professor at Kyungnam University, as well as a Professor Emeritus and past Dean of the Graduate School at Korea University, from which he holds a PhD in Korean Literature. He has been a Visiting Scholar at UCLA and at Waseda University, and has taken part in the University of Iowa’s International Writing Program.

His major prizes and distinctions include the Modern Buddhist, Daesan, Park Dujin, Gosan Yun Sundo, Yusim and Kim Satgot literary awards, as well as the Manhae Grand Prize for Literature and Art. He participated in the December 2011 Nobel Prize Award Ceremony, becoming the first Korean officially invited by the Nobel Committee to do so.

He was the founding President of Korea’s Poetry Loving Society and has served as President and Councilor of the Society of Korean Poets. He is the Editor of Lyric Poetry and Poetics, the Chair of the Changwon KC International Literary Prize, a member of the Managing Committee of the Hoam Award, and President of the KS World Poetry Festival.

In Monarch Butterfly's title poem, dedicated to the poet's wife, the butterfly's life stages poignantly recall dynamics common to all of nature and humanity. Other poems in the collection concur in interpreting how an integral life may unfold: from cocoons of contemplative marginality to flights of higher potential.

For Choi Dongho, a Buddhist poet with resonance for other faith traditions, liberation and harmony depend on overcoming self-will. Monarch Butterfly's "A Great Sword" portrays this as an essential commitment to "stop the killing and disorder of the world" by wielding a "living force" like that of a "sword kept in its worn-out sheath..."

Acknowledging the challenges of a "life of transience" in an "age without love," Choi Dongho uses his literary craft to bolster an uncompromising empowerment, empathetically engaged with materiality.

Idiosyncratic and observant, Monarch Butterfly discovers pluralistic rewards in the cosmos of creation: from a "sound of drying paste" where "darkness swells from behind the wallpaper," to lovingly wry appreciations of past selves, kinfolk, sages and strangers, to "how high and blue the sky is" when the urge to "turn it off, your cellphone" gains the upper hand.

This major writer's poetic testament has crucial relevance for how we live today.