Cousin Pat aka Patrick Argiro of CousinPat.net Talks About People Who Lie & Manipulate 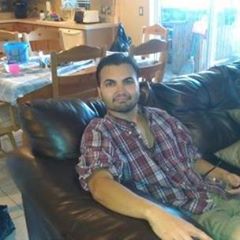 Patrick Argiro, aka Cousin Pat, talks about people who lie and manipulate. Cousin Pat said there are many reasons people constantly lie and manipulate. He continues, “I'm not talking about the occasional white lie to maybe avoid a fight or to avoid hurting someone's feelings.” Cousin Pat stated, “There are those who are pathological liars and those who lack confidence, so they cheat and manipulate whatever and whenever they can in an attempt to get ahead. What they don't realize is this is all built up in their mind and not based on reality. Some people hit a mid-life crisis on steroids and get things stuck in their head.”

Cousin Pat says, "People like this ultimately get exposed and when they do they lie, manipulate, cheat and gaslight individuals and this happens in the business environment as well.” Cousin Pat continued that, “if it starts to affect you personally, people need to say something."
Contact
Cousin Pat
Patrick Argiro
754-779-0220
cousinpat.net
cousinpattherapy.com