New Publication from President Emeritus, University of Pittsburgh at Bradford

"Chasing the Silver Lining" is authored by Dr. Livingston Alexander, distinguished President Emeritus, University of Pittsburgh at Bradford. He drew inspiration for his creative non-fiction work reflecting upon experiences from his childhood as well as other prominent events. To understand Dr. Alexander is to know resilience existed, even during Jim Crow. If Dr. Alexander is not known to you, his new publication is sure to have you remember his poignant words for years to come. 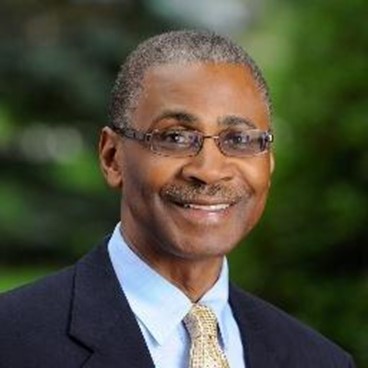 Chicago, IL, September 17, 2021 --(PR.com)-- The Jim Crow Era began in 1877 and lasted through the mid-1960’s. It embodied a time where people of color, particularly black people, were treated of a lesser value than their white equivalents. Unlike racism, Jim Crow had laws and regulations to enforce the suppression of anyone who was not deemed – White. African Americans were subject to vicious cruelty and abuse in an effort to silence the community of color.

Dr. Livingston Alexander is President Emeritus and Professor of Psychology Emeritus of the University of Pittsburgh at Bradford. To understand Dr. Alexander is to know resilience existed, even during Jim Crow. If Dr. Alexander is not known to you, his new publication is sure to have you remember his poignant words for years to come.

It allowed him to express his perception as a young man growing up black and poverty-stricken on the fringes of the Atchafalaya River Basin in Southwestern Louisiana.

Dr. Alexander was born in Breaux Bridge, Louisiana during the Jim Crow Era and evolved into a young black man within that influence. With his vivid storytelling, Dr. Alexander conveys the myriad of challenges he faced. Even with the hurdles life threw at him, this persistent underdog overcame and emerged as a prominent figure in one of the highest levels of leadership in academia.

“I was driven to pursue Dr. King’s dream of a universal coalition of conscience-driven people of all races, genders, nationalities, sexual orientations, and religious beliefs, working together to advance social justice.” - Dr. Alexander Livingston

"Chasing the Silver Lining" exemplifies enlightenment as Dr. Alexander’s uplifting journey inspires us all to aim higher than what society set for us. This bridge of hope motivates young black people who struggle to envision their place in the world and for those who dream of reaching higher levels of educational leadership.

Dr. Alexander’s new work, Chasing the Silver Lining is published by 220 Publishing and is available now on Amazon.com.