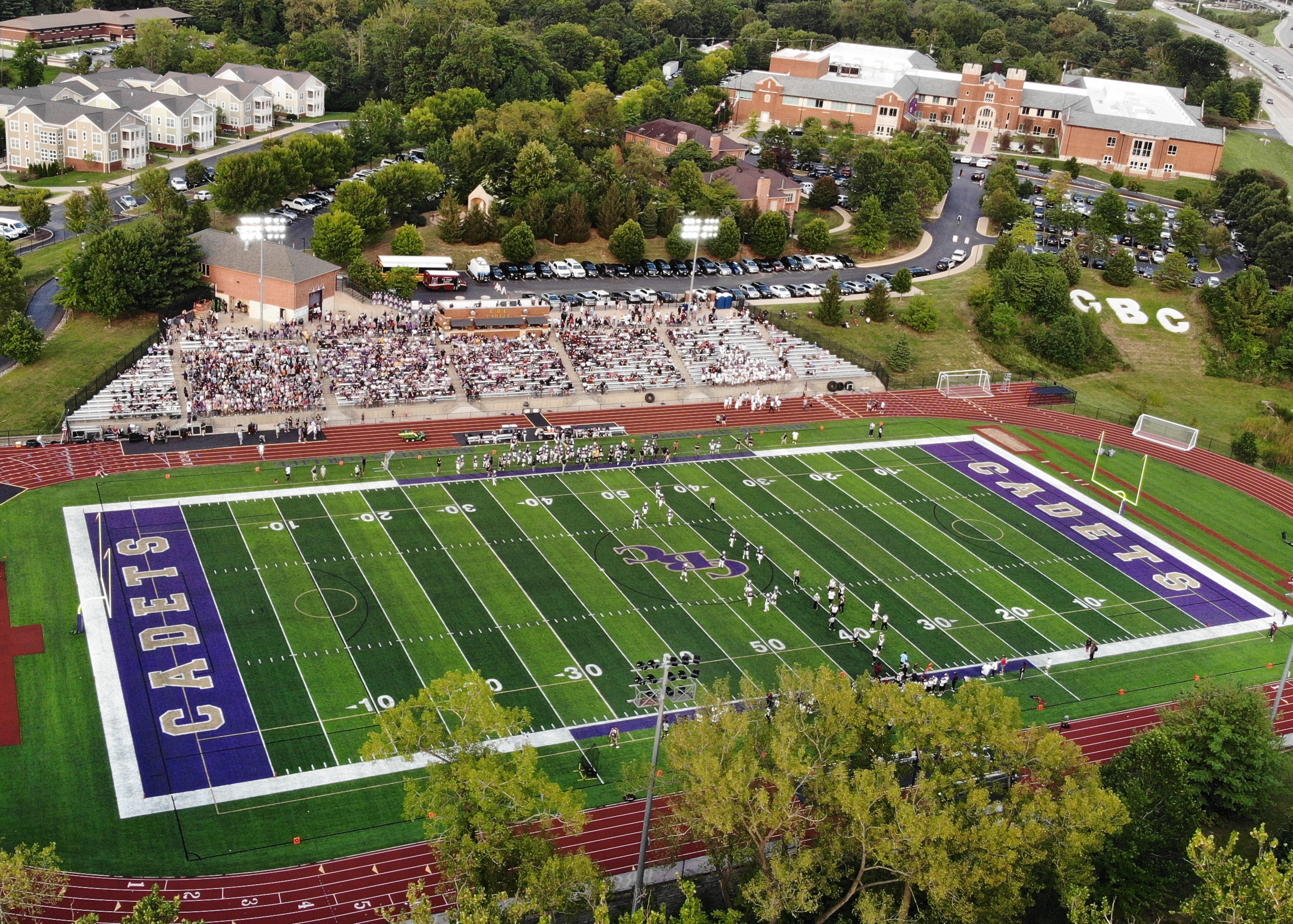 For 172 years, the Lasallian Catholic college preparatory school has supported the development and growth of young men in the area as they grow to become Men for Tomorrow and Brothers for Life. Spiritual and academic growth are at the core of the CBC experience, while athletics and other co-curriculars are also central to the student experience. This commitment has resulted in numerous awards and championships, including being named Large School Athletic Program of the Year four times in the past 11 years by the St. Louis Post-Dispatch.

“CBC is committed to providing its student-athletes with the very best experience possible, and that includes investing in the best turf systems for their championship-level programs,” said Justin Reddy, President of Sprinturf. “We are proud to support CBC and many other top high schools across the country with our high-performing, American-made turf systems.”

The new turf field – which increases durability, improves fiber resilience and provides exceptional playability – was installed in August 2021 at W. Michael Ross ’66 Stadium, a 3,000-seat stadium that is used for a variety of sports and activities, including lacrosse, football and soccer. Under the leadership of head coach Scott Pingel, the CBC Cadets football team has won three state football championships in recent years, including back-to-back state championships in 2017 and 2018.

Meanwhile, no coach in America embodies championship excellence more than Terry Michler, the winningest high school soccer coach in U.S. history with more than 1,000 wins. His teams have advanced to the state tournament final four 20 times and has won nine of the school’s 10 state soccer championships going back to 1983.

“We wanted the best turf and we got it with the Predator turf system. Everyone was awed by the field and it came out way better than we could’ve dreamed of,” shared Mike Bartoni, Facilities Director at CBC High School. “Sprinturf was very cooperative, and the installers did a fantastic job and were really easy to work with.”

The first event held on the field was the annual Purple and Gold football scrimmage, followed by numerous soccer games. Bartoni, a graduate of CBC High School along with his father and sons, has two grandsons playing soccer on the new Sprinturf field.

“Everybody loves the new field and wants to play on it. The playing surface is cooler and nobody falls or slips on the surface,” added Bartoni.

Sprinturf has an extensive footprint in the St. Louis area supporting many prominent private and public schools, including Lutheran South High School (another Predator installation), which replaced its Sprinturf field that was installed 13 years ago, as well as Waterloo High School in Waterloo, Illinois. Completed in June 2021, Waterloo High School features Ultrablade DFE Extreme, which combines monofilament and parallel-fibrillated fibers interlocked to virtually eliminate infill fly-out.

About Sprinturf, LLC
Sprinturf is a national turf company headquartered in South Carolina with fiber and turf manufacturing facilities in Alabama and Georgia. Sprinturf has been in business since 1998 with over 3,000 installations throughout North America. Sprinturf is the only artificial turf company that uses 100% American fibers and labor to create fields tailored to each customer. Sprinturf is committed to U.S. investments and jobs with 100 percent of its jobs and investments in the United States.
Contact
Sprinturf
Marc Belluomini
877-686-8873
sprinturf.com