Rosemary Crow was born to sing. But she never thought her love of music would take her to world-renowned success. Nor did she ever guess that it would be the catalyst for her spiritual journey that would become the centerpiece of her rich life. In “Weave Us Together: My Musical Journey,” Rosemary Crow’s down-to-earth memoir, the acclaimed Christian composer, choir leader and music director shows how the impossible is possible with faith, courage and dedication. 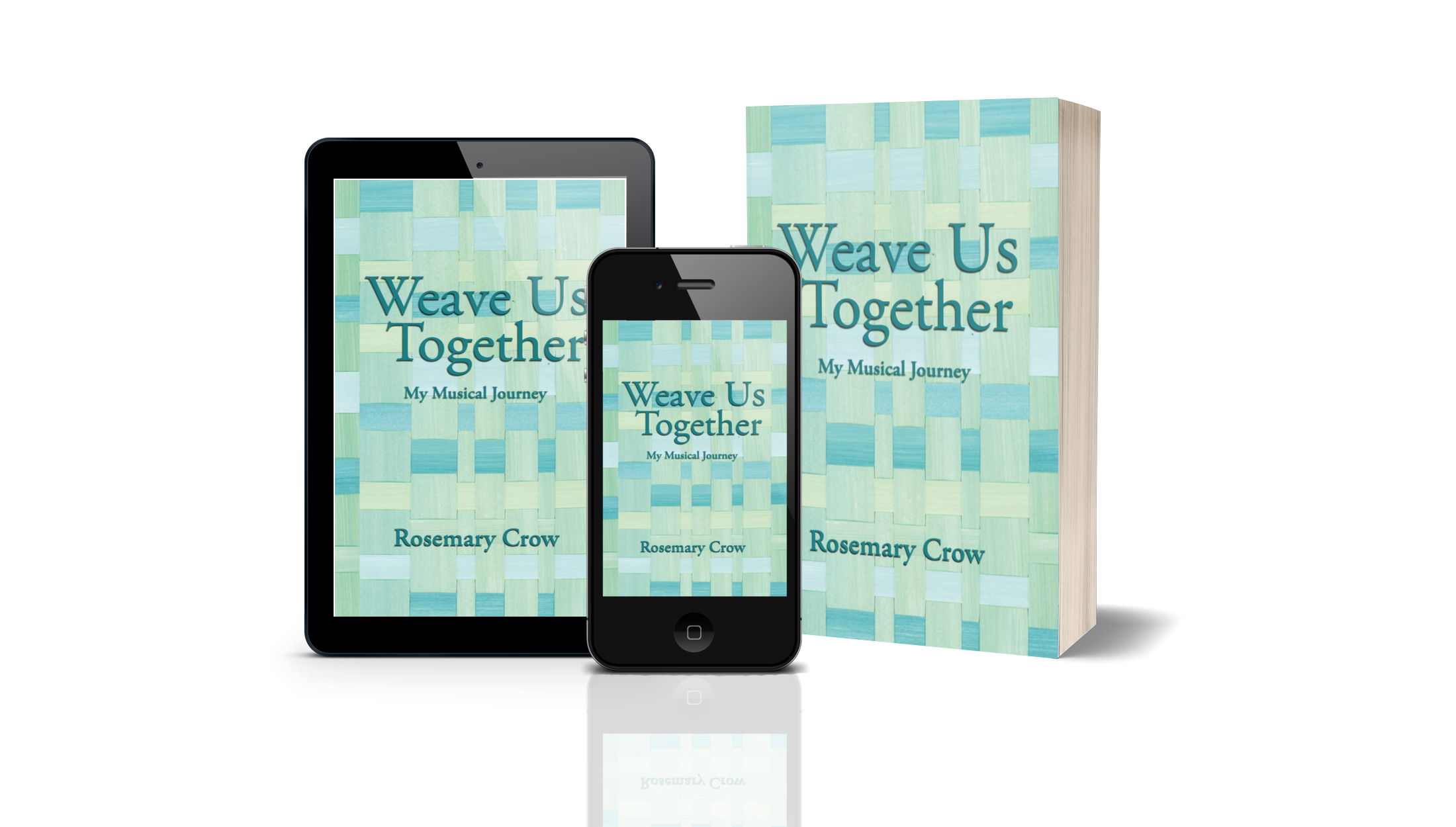 Charleston, SC, September 29, 2021 --(PR.com)-- The Girl Scouts of America, the United Church of Christ, the Church of Latter-Day Saints - Rosemary Crow’s compositions have been published and performed by some of the most influential spiritual and secular groups in the country. In “Weave Us Together: My Musical Journey,” Crow recounts the winding path that took her from small town choirs to musical prominence. Throughout her many professional and personal challenges, Crow shows how inspiration and faith can provide boundless strength and fortitude.

In her memoir, Crow remembers her early years when she continuously pursued more challenging roles, seeking help and learning “on the job.” For anyone who has felt out of their league, her story is a true testament to just what passion and an open heart can achieve. From being challenged by the Girl Scouts to change her lyrics to criticism by religious leaders for speaking too boldly in her songs, Crow tells the tales of meticulous navigations that allowed her to remain true to herself and her beliefs while respecting the needs of others.

Available in paperback and eBook editions, the memoir can be found on Amazon and all major online retailers. “Weave Us Together: My Musical Journey" was released on September 7, 2021, and is distributed by Bublish, Inc.

About the Author
Rosemary Crow rose to prominence in the Christian music sphere with the popularity of her song “Weave” and her prolific composing. To date, Crow has composed over 150 songs and recorded seven albums. The reception took her from being a stay-at-home mother who directed a small choir, to leading retreats and giving concerts across the country.

Rosemary Crow has been singing her entire life. She received a Bachelor of Music from Salem College and went on to earn a Master’s in Education from Western Carolina University. As much a teacher as a composer, Crow taught music in public schools before moving into church music, first as choir director for Grace Covenant Presbyterian Church and then Director of Music at Trinity Episcopal Church, both in Asheville, NC. At the same time, she raised two children with her beloved husband, Jerry. Now retired, the couple enjoys spending time with their five grandchildren, dividing their time between her home state of Florida and their longtime home of Asheville.