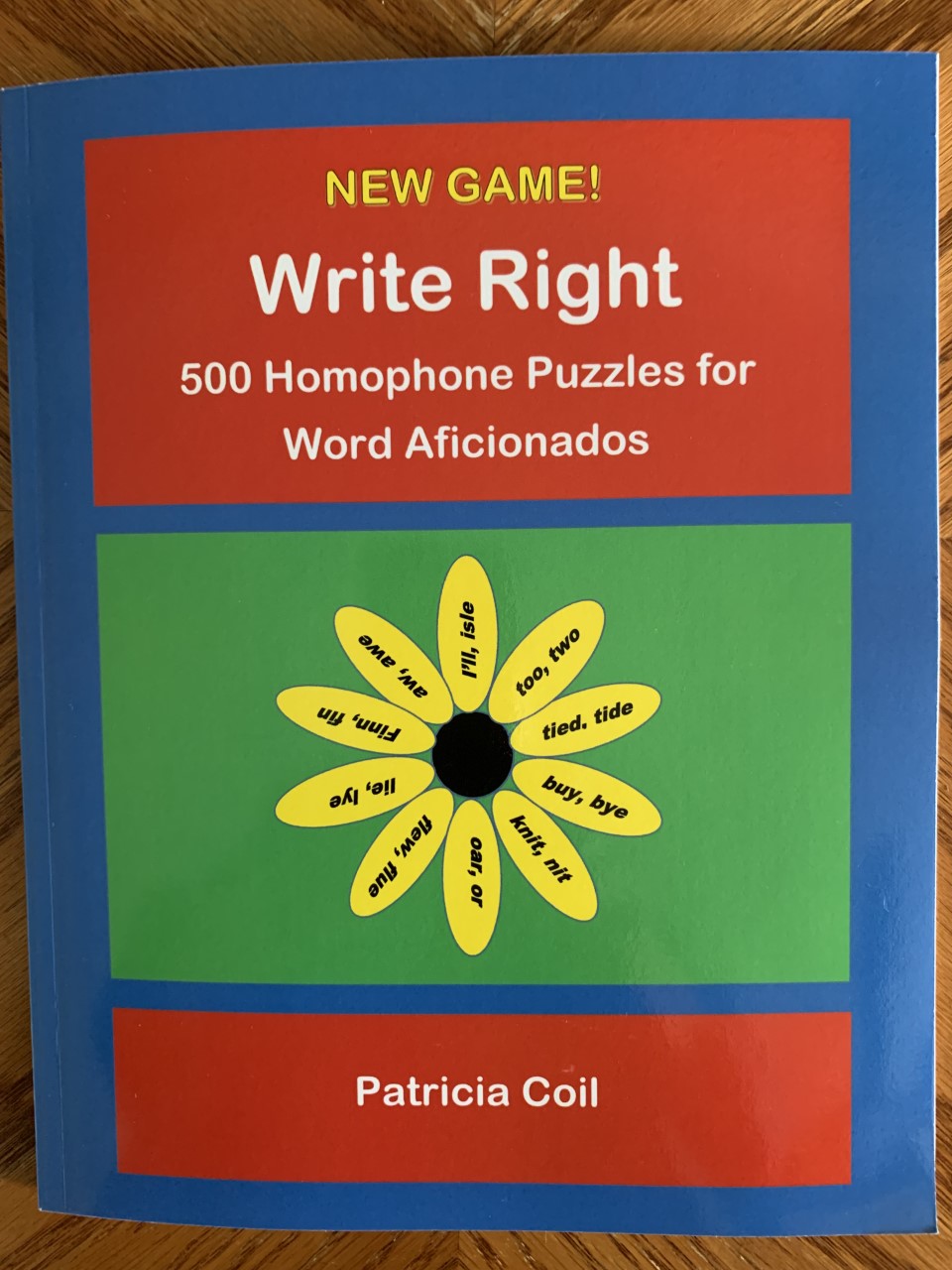 Dallas, TX, November 09, 2021 --(PR.com)-- Are you stuck playing the same old word games day after day? If so, you will be pleased to learn about the release of an original new game book titled, “Write Right: 500 Homophone Puzzles for Word Aficionados” by Patricia Coil.

Word puzzle games in America have long been a go-to pastime for newspaper readers, seniors wanting to exercise their brains, self-styled English language experts of all ages, and travelers with time on their hands. This new game belongs in the same stable as the most popular offerings: word scrambles, word searches, and crosswords. However, “Write Right” is a horse of a different color. What do you call a Kentucky Derby winner with laryngitis? Answer: a hoarse horse. The answer is two homophones.

Homophones are words that are pronounced alike but with different meanings, origins or spelling. People play word games because they appreciate the complexity and variety of the English language. Deciphering the clues to the five hundred puzzles in this book and solving the puzzles with homophones presents an enjoyable opportunity for word lovers to test their vocabulary prowess in a whole new way. When looking for homophones in “Write Right,” players will always find that “they’re there.”

“Don’t confuse homophones with homonyms,” cautions author Coil. “Homonyms are words with the same spelling and pronunciation but with different meanings or origins. For example, the homonym "bear" can mean either "a large, heavy omnivorous mammal" or "endure." In contrast the paired homophones "bare bear" describe a large, heavy omnivorous mammal that has lost most of its fur. Students of the English language must learn both homophones and homonyms, but in my opinion homophones are more interesting and entertaining.”

Patricia Coil has loved speaking, reading, writing and studying languages her entire life. Her native language is American English, but she also had the chance to study French, German, Spanish, Russian and Korean as part of her formal education that continued to the postgraduate level. She developed her original homophone game over two decades as a hobby while building her language muscles writing sales prose first in the defense industry and later for her own winery in New Mexico. When she retired and moved to Dallas, she turned her hobby into this book that she is now sharing with fellow word lovers.
Contact
Patricia Coil
1-505-688-2468