Free Kegerator to be Given Away by Austin-Based Company Kegerators.com 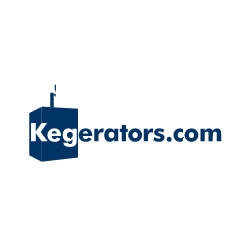 In the contest, a scavenger hunt pursues with hidden clues embedded in a video. All of the items that you are seeking are in Central Austin, TX, headquarters of Kegerators.com. The first 100 correct and complete entries that are received will be sent an invitation for that person and a guest to attend a private party at an undisclosed location in Austin. At that party, Kegerators.com and the Saint Arnold team will draw a name and award that person a kegerator provided by Kegerators.com (www.kegerators.com). To learn more about the contest please visit SaintArnold.com.

"Our customers love not just good beer, but draft beer especially. What better reward for them than a kegerator for their home!" said Brock Wagner, founder of Saint Arnold Brewing. “We hope to see more people able to enjoy a draft Saint Arnold at their home bar."

About Saint Arnold Brewing Company
Saint Arnold Brewing's ten brews are made and sold by the company's staff of 21 dedicated employees. The brewery was listed by USA Today as one of the "10 great places to see what's brewing in beer." It is located at 2522 Fairway Park Drive and its brewery tour and tasting is offered every Saturday at 1:00 P.M. For more information on Saint Arnold's five year-round and five seasonal beers as well as root beer, log on to www.saintarnold.com.

About Kegerators.com
Kegerators.com, www.kegerators.com, is a free online resource for consumers to search, compare, and buy kegerators online, featuring the largest selection of draft beer dispensers from the nation’s largest manufacturers. The searchable and easy-to-navigate website arranges kegerators by category, such as single tap, multiple tap, under counter, outdoor, home brew and Guinness kegerators. Consumers can also search for kegerators by type or by brand.