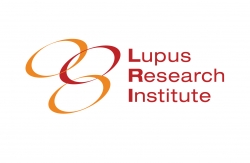 New York, NY, March 12, 2009 --(PR.com)-- As a result of long term advocacy outreach by the Lupus Research Institute (LRI) National Coalition, today President Obama signed legislation appropriating $1 million in new funding for a national lupus health education program for healthcare providers. The education program will be led by the Office of Minority Health in the federal Department of Health and Human Services in partnership with the U.S. Surgeon General and the Office of Women’s Health.

H.R. 1105, the Omnibus Appropriations Act for 2009, provides the funding to the Office of Minority Health in the federal Department of Health and Human Services to begin carrying out comprehensive medical education efforts aimed at primary care clinicians.

“This is the culmination of a ten year effort to bring attention and support to the needs of people with lupus, particularly those in underserved communities,” said Margaret G. Dowd, president of the LRI. “Lupus is more prevalent among African-Americans and Hispanics, particularly young women. It has been a priority for the LRI National Coalition to eliminate racial disparity in the diagnosis and treatment of lupus.”

“The entire lupus community, including the families and friends of everyone with lupus, is deeply indebted to the U.S. Congress for recognizing the need and responding to the challenge,” continued Dowd. “In addition, we thank all who invested their time and energy into the effort to gain Congressional funding for needed clinical education programs on lupus.”

Member groups of the LRI began their outreach into underserved communities 10 years ago with the creation of the first neighborhood Lupus Cooperative in East Harlem founded by S.L.E. Lupus Foundation of New York in 1999. Cooperatives have since been opened in the Bedford Stuyvesant neighborhood of Brooklyn and the South Bronx, both areas with large African-American and Hispanic populations.

Over the years, the LRI National Coalition has created visibility for the needs of underserved populations through awareness building, advocacy and education programs on a national, state and local level. Highlights have included:

· “Invisible No More” forum on race and lupus at the Congressional Black Caucus Annual Legislative Conference in 2004.

· Five City series on the increased risk of heart disease in people with lupus, particularly young women and African-American women. Presented in 2007 in conjunction with the Association of Black Cardiologists. The series was held in New York City, San Francisco, Chicago, Los Angeles and Detroit.

The Lupus Research Institute (LRI) National Coalition is the advocacy network of state and local lupus organizations united to prevent, treat and cure lupus.
The National Coalition:
· Promotes education and awareness of the seriousness of lupus.
· Advocates for the eradication of lupus through rigorous public and private supported research.
· Collaborates to increase funding for novel research in lupus.
· Empowers lupus patients to effectively advocate for improved treatments and a cure.