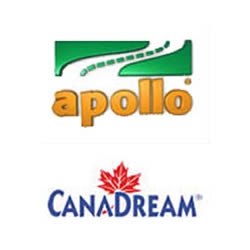 CanaDream is a well known and market leading RV rentals operator in Canada. Started in 1995 as a private company, CanaDream went public in 1998. It has rental locations across Canada in Vancouver, Kelowna, Calgary, Toronto, Montreal, Halifax, and Whitehorse. CanaDream’s leadership position has been achieved through a combination of substantial investments in proprietary technology related to its operations, continual investment, upgrading and maintenance of its rental fleet and investments in experienced and well-trained staff at all locations.

Apollo is the largest privately owned leisure vehicle operator in the Southern Hemisphere with a fleet of over 3000 vehicles and 300 employees. It has ten branches in Australia, two in New Zealand and three in the USA.

In announcing the deal Mr Brian Gronberg, the President & CEO of CanaDream, said “This is an exciting development for CanaDream. By partnering with Apollo we are joining forces with a company that is a global RV solution. Both companies share a philosophy of exceptional customer service, quality vehicles and competitive rates.”

Mr Luke Trouchet, the CEO of Apollo, said “we feel very privileged and honoured to have been able to invest in and partner with a well respected business such as CanaDream. Our expansion to Canada answers the call of many travel industry partners who are looking for global RV rental partners."

Apollo and CanaDream will run independently but over the coming months they will investigate a range of synergies between the two companies.

Mr Trouchet said "our mutual clients will benefit greatly from proven systems, products and best practices. Our experience shows a demand for continuity of service and product across markets. With the addition of Canada we can offer the same excellent results we have proven in Australia, New Zealand and the USA.”

Despite turbulent economic times, CanaDream recently posted a record profit and has very strong forward bookings. Mr Gronberg said that “increased utilisation during these times can only be a positive sign for CanaDream. We have gone from strength to strength over the last few years and our new partnership with Apollo will drive growth even further.”

He attributed the company’s success to CanaDream’s “great relationships with travel industry partners and a philosophy of continuous innovation.”

Likewise, Apollo recently announced a dramatic 50% increase in RV production to cater for increased rental demand in Australia and New Zealand. The production increase will be carried out by Apollo’s own factory, Talvor Motorhomes, which since its inception has grown to become one of Australia’s largest RV manufacturers.

Apollo’s first international expansion was in 2003 when it opened in New Zealand. In 2008 Apollo opened in the USA after acquiring Los Angeles based Happy Travel Campers. Demand was so great that the company opened in Las Vegas and San Francisco, quickly becoming a major force in RV rental. In Canada the partnership of Apollo and CanaDream will collectively bring a massive amount of experience and expertise to another major international market.

Mr Trouchet confirmed that “Apollo is looking at further international expansion and is currently investigating other key RV markets.”

According to both Mr Gronberg and Mr Trouchet the partnership will be a key driving force behind both companies’ success over future years.