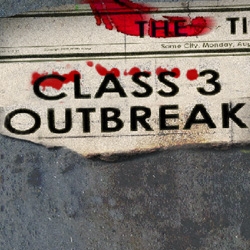 Adelaide, Australia, April 06, 2010 --(PR.com)-- Australian indie game developer, Binary Space releases "Class 3 Outbreak" (C3O), a real time strategy zombie game running on Google Maps(R). C3O gives players the impossible task of holding back waves of zombies with a hopelessly outnumbered police force. Stamp out infections as they appear on the map, and try to keep the zombie threat level at Class 1 for as long as possible. Protect thousands of civilians over a 1km square area in Washington DC, USA or Leicester, England.

Game designer, Jay Weston says, "We set the bar pretty high with our previous release, Zombie Outbreak Simulator. We hope that gamers enjoy controlling the local police and pew pew'ing some zombies in this first version of Class 3 Outbreak! P.S. BbraAiInZZzzzZ!" Programmer, Saxon Druce has coded each of the 1,000s of map inhabitants to behave individually and interact with terrain on Google Maps, meaning that characters move under trees, around walls and into buildings, all while running at 30+ frames per second on average PCs. "We can't wait to get started on the next version of C3O, we have some very exciting plans. Shooting zombies with pistols alone is never enough, every zombie fan realizes this." 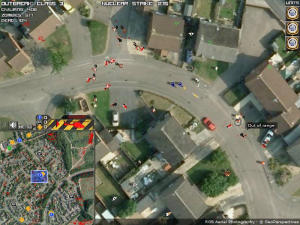 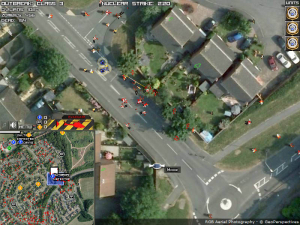 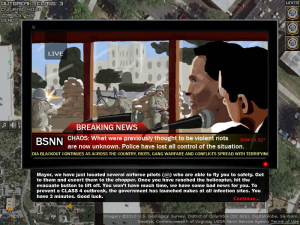