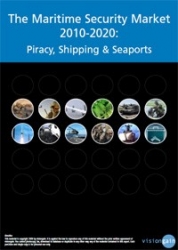 London, United Kingdom, May 24, 2010 --(PR.com)-- For decades maritime piracy on the high seas has been an almost accepted aspect of international trade. However, increasingly audacious attacks on high value assets such as larger oil tankers have changed the outlook. When pirates hijack vessels such as an oil-tanker carrying 2 million barrels of oil worth $100m, the world notices and minds are concentrated. The increased technological sophistication of maritime piracy hijackings could encourage maritime terrorist attacks. Although such hijackings are motivated by ransom, if terrorists seized the same assets – the outcome could be explosive.

However, the global maritime security industry has been affected hard recently. Nevertheless, maritime security is increasingly being recognised and perceived to be a significant vulnerability that needs addressing at a national and global level. Global energy security, our global trade and globalised economy all rely heavily upon smooth, uninterrupted maritime activity. This is leading to increased investment in port security, counter-terrorism measures, container and people screening, as well as LNG port and tanker security.

This market is being driven strongly by increased maritime piracy centred around Somalia, the Gulf of Eden and Horn of Africa, illegal immigration, illegal drug and people trafficking, corruption, organised crime and smuggling in Asia, Africa and Latin America are also driving a need for maritime security in ports and entry points.

Many private shipping companies are resorting to deploying armed Private Security Companies (PSC) to deter pirates. However this is controversial and, from a legal standpoint, is a grey area.

Within seaports, access control systems and biometric ID security cards are being implemented. Container screening initiatives are also being rolled out nationally and internationally.

Find More Info On This Report On ASDReports.com