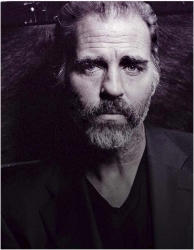 Portsmouth, NH, May 05, 2011 --(PR.com)-- Friends Forever, a 501c3 organization whose mission is to promote trust and understanding among cultures in conflict on both local and international levels, announced today that actor Jeff Fahey has joined the Friends Forever Global Advisory Council.

“Jeff Fahey is recognized globally for his work as an American film and television actor, but he also devotes a significant amount of energy to global humanitarian efforts,” said Steve Martineau, Executive Director of Friends Forever. “Over the last 38 years, Jeff has worked around the world assisting with issues ranging from refugees in Algeria to orphans in Afghanistan. He brings a wealth of foreign policy experience that will strengthen Friends Forever’s work as a whole.”

Jeff Fahey is an accomplished film and television actor who starred on the popular ABC series “Lost” as Captain Frank Lapidus and “The Marshal” as Deputy Marshal Winston MacBride. In addition to his acting career, Fahey has been actively engaged in humanitarian efforts in Afghanistan and the Middle East. He currently serves as the Global Ambassador for Refugee Rights with U.S. Committee for Refugees and Immigrants (USCRI). On May 4th, Fahey presented the special recognition award to the USCRI at the Kahlil Gibran Spirit of Humanity Awards Gala hosted by the Arab American Institute for the organization’s 100th year anniversary.

Fahey uses his nearly four decades of experience to help organizations around the world create peace and advance human rights. He serves on the Advisory Board of Pax Mondial, a global organization dedicated to building peace. He also works with the United States Agency for International Development (USAID) and the Kingdom of Morocco as he strives to help protect the civil liberties of millions of people around the world. In 2006 and 2007, he assisted in the newly established American University of Afghanistan and launched a program to assist orphans in Kabul.

“Friends Forever inspires individuals young and old and from every background to take responsibility to make the world a better place,” said Fahey. “They have been working largely behind the scenes since 1986 and I am excited to use my abilities to bring the organization to the next level. I share their belief that each person can make a difference in the world and am looking forward to the opportunities that lie ahead.”

Friends Forever has over 1,000 graduates from its programs in Northern Ireland and Israel. The organization recently launched a domestic immigrant integration initiative that is currently underway in Manchester, NH involving youth from the Sudan, Congo, Dominican Republic, and Albania. Friends Forever does not advocate one set path to peace and instead promotes the ability of each participant to change their community. The mantra is, “The number of solutions to end conflicts in the world equals the number of individuals that participate in our program.”

Martineau continued, “We are thrilled to have Fahey join our Global Advisory Council to help mobilize support for programs that are saving lives and helping to end conflict around the globe. In all his work, Jeff has been a consistent and serious voice for those who have no voice, an advocate for those who have been forgotten, and a vigorous crusader against injustice. 2011 marks Friends Forever’s 25th anniversary and we look forward to applying Fahey’s experience to our heritage in conflict management as we extend our mission in the future.”

About Friends Forever
Friends Forever is a 501(c)(3) global non-partisan advocacy and awareness organization dedicated to peace, particularly in Ireland and Israel. Friend Forever’s members work in their local communities domestically and internationally to raise awareness and help build programming that will support these young Irish and Israeli leaders as they team to address the challenges that face their communities. The organization works closely with local experts, regional leaders, and educational institutions to promote healthy communication within disparate fractions and to end violence.

Since 1986, Friends Forever has built hundreds of lasting friendships across the cultural, religious, and political divides of Northern Ireland and Israel. The organization brings together multi-faith teens to live, laugh, learn and volunteer in host communities across America. These youth leaders, upon completing Friends Forever’s unique two-week “Life Raft” experience, return home to perpetuate tolerance in their own communities in a yearlong intense leadership program. For information please visit, www.friendsforever.org.