NH-based production company prepares for a one of a kind steampunk extravaganza featuring performances by Abney Park, Frenchy and the Punk and more. 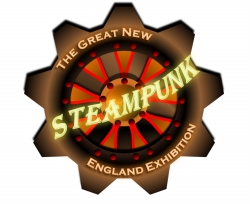 Fitchburg, MA, August 04, 2011 --(PR.com)-- Airships converge upon Courtyard Marriott Fitchburg and Central MA Expo Center in September. After a busy year for the science fiction sub-genre, steampunks across New England are bustling with excitement for the biggest event of them all. Convention organizer, NH-based TLA Productions, is ready to announce their “over the top” programming schedule for the 3-day extravaganza slated for landing September 16 through 18.

The Great New England Steampunk Exhibition (TGNESE) is the brainchild of James von Hegner, who serves as convention chairperson. The idea came about as the emergence of steampunk conventions grew everywhere but New England. Von Hegner and fellow steampunks felt the need to spread this emergence to New England as the community of enthusiasts grew. After months of planning, negotiating and scheduling, some of the best and brightest talent is scheduled to appear and perform at TGNESE 2011.

The 3-day extravaganza begins Friday morning at 10am and continues almost nonstop until Sunday at 5pm. During the day, convention goers will be entertained by three tracks of panels and workshops: an academic track of panels including “Women & Steampunk,” “Steampunk 101” and “Meji: The Japanese Industrial Revolution;” an entertainment track including a radio play by Phil and Kaja Foglio and an intimate Q&A with MADemoiselle Veronique Chevalier; and a workshop track including a writing workshop and costuming workshop. Two full ballrooms of vendors and artists will be open throughout all three days for the steampunk shoppers in attendance. In the lobby of the hotel, including the lounge, the convention has scheduled ongoing entertainment from Lydia's Carnival Sideshow, Diabolis in Musica and Petal Blight.

Each day of TGNESE will spotlight key events:

Friday’s daytime featured events include a steampunk fashion show, a Victorian tea dance hosted by Miss Kitty with entertainment by The Ad-hoc Waltz and Quadrille Band. Friday’s evening event is a Music Hall featuring Happy Hour Burlesque, Diabolis in Musica, MADemoiselle Veronique Chevalier and Eli August. The evening’s festivities will be emceed by the comedic duo Dr. Grymm and the Emperor of the Red Fork Empire.

Saturday’s featured event is the evening performance of Abney Park, one of the most prominent bands among steampunk enthusiasts. Popular local bands Walter Sickert and the Army of Broken Toys and Frenchy and the Punk will serve as opening acts and MADemoiselle Veronique Chevalier returns as emcee for the evening.

Both evenings, attendees will be escorted and amazed by Hubris, a troupe of fire dancers, as they walk to and from the Central MA Expo Center.

On Sunday, composing team Ben Sargent and Mary Lin will present scenes from their second opera, a rollicking farce on the high seas in the vein of Gilbert and Sullivan with a steampunk twist. The composers have teamed up with sculptors Ryan Lunt and Ben Galde and a host of creative costumiers and hat makers to create wildly imaginative sets, props, and wearable gizmos.

Tickets to The Great New England Steampunk Exhibition will be on sale online and at the door for as long they remain available. A 3-day weekend pass is $65 and can be purchased on their website at http://www.tgnese.com. Attendees can also book their hotel accommodations for a special nightly rate of $109 by visiting http://cwp.marriott.com/boscf/steampunk/