The J. Paul Leonard Library and Sutro Library at San Francisco State University received an Honor Award in the Rehabilitation/Renovation/Restoration category from the Design Build Institute of America (DBIA) in their annual national Design-Build Award Competition. 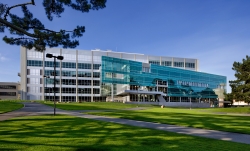 San Diego, CA, July 21, 2012 --(PR.com)-- The J. Paul Leonard Library and Sutro* Library at San Francisco State University received an Honor Award in the Rehabilitation/Renovation/Restoration category from the Design Build Institute of America (DBIA) in their annual national Design-Build Award Competition. Balfour Beatty Construction teamed with HMC Architects on the renovation and expansion of the 362,500 SF design-build project. The awards ceremony will take place on November 8 at the 2012 Design-Build Conference & Expo in New Orleans, Louisiana.

The national design-build awards are presented to the highest-rated projects in each category and are the most prestigious project awards presented by DBIA. Earlier this year, the project received Project of the Year from DBIA-Western Pacific Region – the highest award in this region’s annual competition which honors the top projects in California, Nevada, Hawaii and Arizona.

The new $103.8 million library renovation and expansion project at San Francisco State University addressed the need to accommodate a growing student population and restored structural inadequacies while concurrently updating the building’s electrical and telecommunication systems. Originally constructed in three phases (1953, 1959 and 1971), this two-phase design-build project included the construction of a 60,000-SF “West Addition” that houses book stacks and the installation of an automated library book retrieval system at ground level; the construction of a 20,000 SF “North Addition;” the renovation of the 282,500 SF existing library and seismic reinforcement of the existing library for a total project size of 362,500 SF.

In total, the project adds 34% more space, 50% more seating, 50% more group study areas, 50% more collection capacity, both in open stacks and a high-density automated retrieval system, and 100% more computers; all while providing a flexible and congenial learning environment in the heart of campus.

“The central challenge of the project was maintaining community access during construction,” said Simon Y. Lam, associate vice president, capital planning, design and construction at San Francisco State University. “Our campus is landlocked with no suitable on‐site storage for the collection during construction. The Design-Build team proved to be an inventive partner, keeping the collection intact with access by library personnel, while construction proceeded on the addition. This solution minimized disruption to the campus community, reduced cost, and put the project ahead of schedule.”

“This is a prestigious award for a landmark project at San Francisco State University,” said Eric Stenman, Regional CEO in the Southwest for Balfour Beatty Construction. "The national acknowledgement is a testament to the strength of the entire team and our ability to collaborate, align and accomplish more together than as individual organizations," Stenman added.

*The Sutro Library is incorporated into the fifth and sixth floors of the Leonard Library and contains a world-class archive collection of rare books, original documents and artifacts donated by former San Francisco mayor and mining magnate, Adolph Sutro. 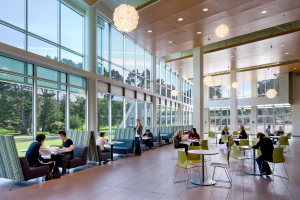