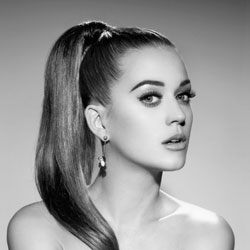 “AIDS Research Alliance is thrilled to have Katy Perry, along with Emmy-Award winning actor LeVar Burton and Clippers basketball player Ryan Hollins, support our cause,” said Carolyn Carlburg, CEO of ARA. “With these celebrities’ help, we can reach more people, and get our message – that an HIV cure is urgently needed – to a broad and engaged audience.”

On September 17th, Perry tweeted for AIDS Research Alliance, encouraging her over 26 million followers to vote for the organization. Her support increases ARA’s chances of winning a portion of the $5 million in grants Chase awards.

Chase Community Giving awards a total of $5 million in grants to the organizations that receive the most votes in the Facebook-based contest. If AIDS Research Alliance wins a portion of the Chase grants, it will direct those funds towards advancing its prostratin research.

Katy Perry first gained recognition with the release of her first mainstream album, One of the Boys in 2008, which spawned three Billboard Hot 100 top-ten songs—"I Kissed A Girl", "Hot n Cold" and "Waking Up In Vegas.” In 2010, Perry released her third studio album, Teenage Dream (2010), which topped the Billboard 200 chart, and spawned five number one singles—"California Gurls", "Teenage Dream", "Firework", "E.T." and "Last Friday Night (T.G.I.F.)." Perry is the only artist to spend over 52 consecutive weeks in the top ten of the Billboard Hot 100, and has since extended this to 69 weeks. As of 2012, Perry has been nominated for eight Grammy Awards, including Album of the Year (Teenage Dream) and Record of the Year ("Firework").